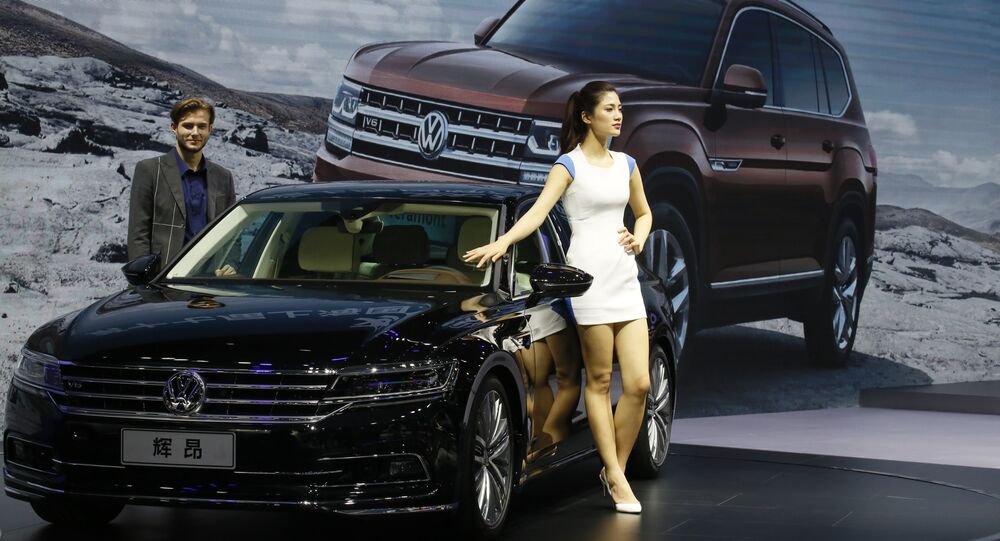 BEIJING (Sputnik) - China has almost doubled the production and sales of alternative fuel vehicles in the first seven months of 2018, compared to the same period last year, the China Association of Automobile Manufacturers (CAAM) said on Friday.

The production of such a type of cars increased by 85 percent, while the sales rose by 97 percent, a representative of the CAAM said a press conference.

In total, China produced 504,000 eco-friendly cars, mainly electric ones, in the first seven months, while 496,000 were sold, according to the association.

At the same time, the volume of overall production and sales in China over the last seven months increased by 3.5 percent and 4.3 percent, respectively. A total of 16.1 million cars were produced in January-July, while 15.9 million vehicles were sold, the CAAM underlined.

Chinese car exports also continue to rise, showing a 30.6-percent increase in January-July, compared to the same period last year. Thus, China remains the largest manufacturer of cars as well as the largest market, according to the association.

The surge in sales of alternative fuel cars is determined by China’s huge problems with air pollution. The Chinese government has introduced a number of measures to tackle the issue, including through decreasing its reliance on coal.

The popularity of alternative fuel vehicles may further grow in China in light of Tesla’s plans to build a plant in the country with a capacity of 500,000 cars per annum. With 17,000 vehicles sold last year, China is already the second-biggest market for the California-based electric car producer after the United States.