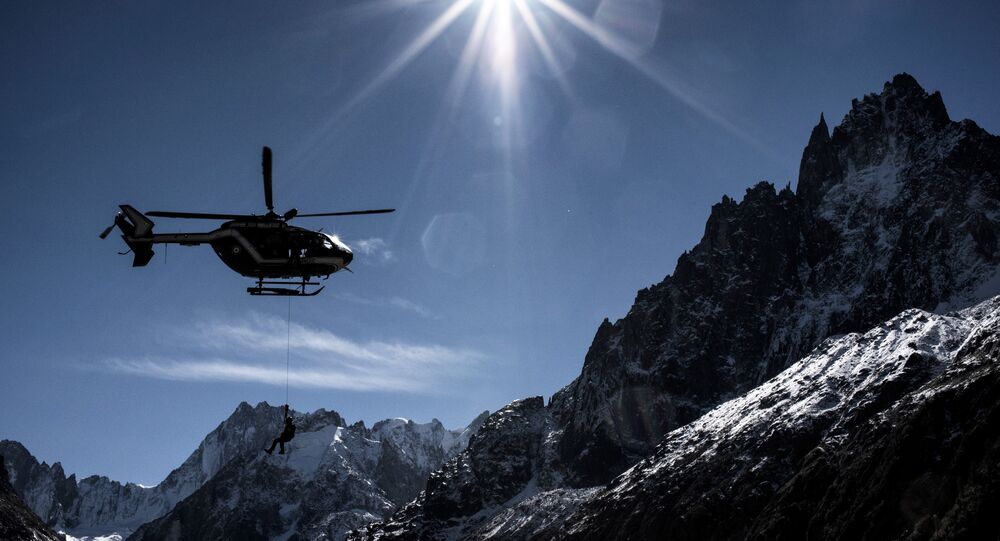 MOSCOW (Sputnik) - Russian climber Alexander Gukov, who had been trapped on the Pakistani Latok I mountain for almost a week and rescued on Tuesday, has thanked Pakistan’s Army for saving his life.

"Thank you, the Army of Pakistan, it is the best one in the world, and also helicopter pilots, they are also the best ones, [I] thank them as well. I love Pakistan and I was impressed by the people of Pakistan. They are friendly, helpful, very very brave and open-minded. I was impressed. Thanks," Gukov said in a video from hospital, surfaced on the Internet.

Earlier on Monday, the Russian Foreign Ministry thanked the Pakistani authorities for their assistance in rescuing the Russian climber.

© AFP 2020 / Aamir QURESHI
Russian Climber Trapped for Almost a Week on Pakistani Mountain Rescued (PHOTOS)
On July 10, Russian climbers Gukov, 42, and Sergei Glazunov, 26, started climbing the 7,145-meter-high Latok I. On July 25, Gukov sent a SOS message after his partner fell to his death while abseiling.

However, until Tuesday, bad weather conditions did not allow helicopters to rescue Gukov. Earlier in the day, rescue coordinator Anna Piunova said that the man had been rescued and taken to a hospital in the Pakistani city of Skardu, while the Russian Embassy later told Sputnik that Gukov remained in serious condition.

According to the Russian Mountaineering Federation, Glazunov and Gukov were among the participants of the expedition, which planned to climb Latok I in summer 2018 for shooting the film "Impossible is not forever." The first attempt to climb the mountain was taken in 2017, but the ascend was disrupted by bad weather.