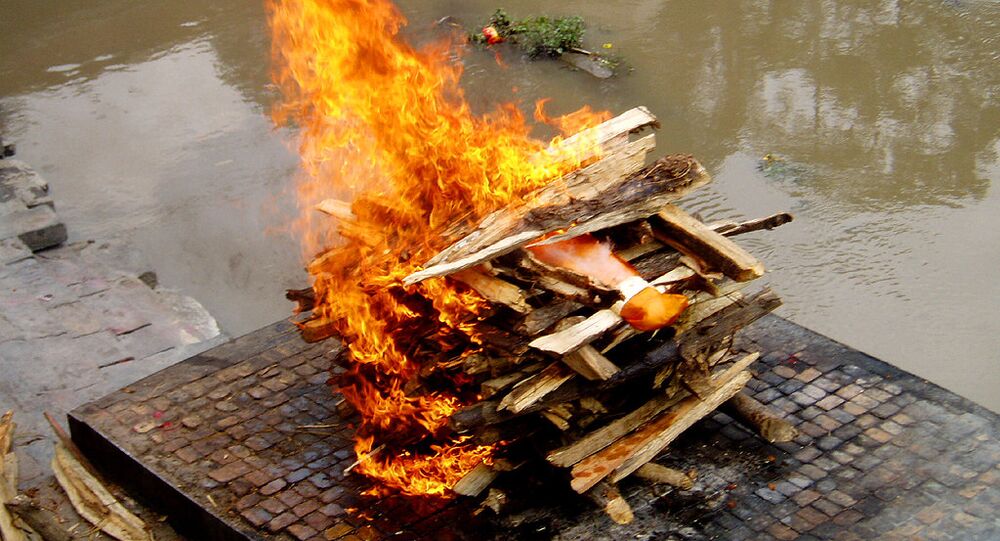 Provincial authorities in China have ordered coffins to be exhumed and smashed to make cremations the only approved method of disposing of human remains.

Authorities in the southeastern province of Jiangxi are banning people from burying their dead in a bid to preserve land resources, the South China Morning Post reported.

The regional government has ordered coffins to be exhumed and smashed to make cremations the only approved method of disposing of human remains.

© Photo : Pixabay
To the Stars We Return: Start-Ups Offering Space Burials, For a Price
The newspaper writes about photographs and videos shared on Chinese social media showing officials entering villages in the cities of Ganzhou, Jian and Yichun and forcibly removing coffins from people’s homes. The coffins were put into piles and smashed by excavators.

Since the zero-burial policy was introduced, owning or making a coffin has been banned. One local resident told the newspaper that poor families spend years setting aside the 5,000 yuan ($733) to buy a coffin, while authorities offer just 2,000 yuan ($293) per coffin as compensation.

Earlier, provincial authorities in Guangdong likewise banned traditional burials, ordering instead cremation of the dead and that their relatives to provide documented proof that the procedure has actually taken place.

In an extreme example of the new restrictions and their enforcement, the Yiyang county government said in April that it had exhumed a body that had been buried in violation of the rules of the cremation-only policy.

Many Chinese still want to be buried the traditional way. To get around the cremation-only rules, they enlist the help of the so-called “body traders” to cremate someone else’ corpse and leave that of their loved one intact.

In their belief that the more people who come to the burial, the greater the respect they feel for the deceased, the dead person’s relatives often invite opera singers and dancers and even strip dancers in a bid to show how affluent they are.

According to the state-run newspaper Global Times, Chinese authorities are all set to eradicate this extravagant practice.