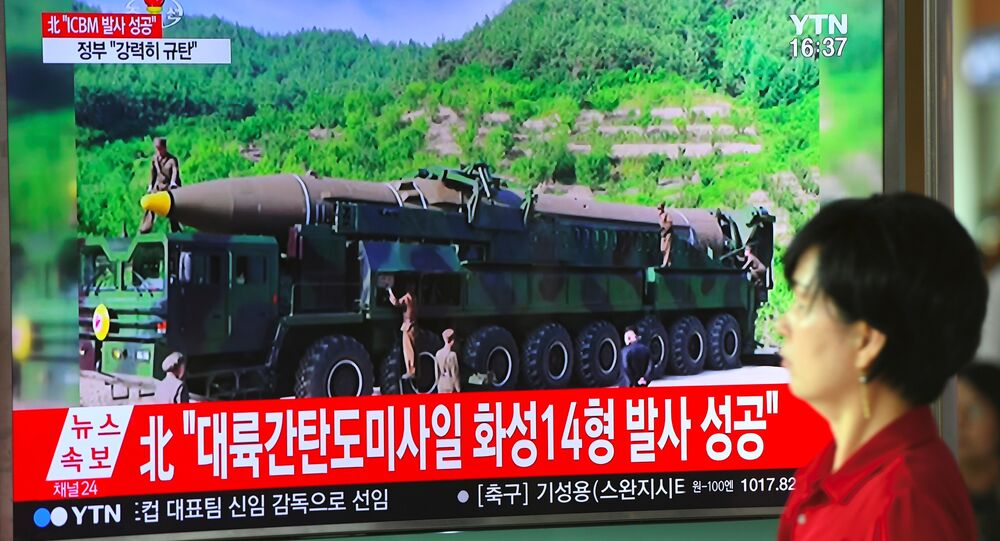 WASHINGTON (Sputnik) - US intelligence agencies have seen signs that North Korea is developing new missiles including the type that can reach the United States mainland, media reported.

According to the US intelligence agencies, North Korea is renovating a factory that was used to build the government's first intercontinental ballistic missiles, The Washington Post said Monday, citing unnamed officials familiar with the information.

© REUTERS / Jonathan Ernst
Pompeo: US Hopes for Denuclearization of Korean Peninsula Within 2.5 Years
US Director of National Intelligence Dan Coats said earlier it was unlikely that North Korea would dismantle its nuclear program within a year. Coats referred to US Secretary of State Mike Pompeo, who has previously said the complete destruction of North Korea's nuclear arsenal will take a long time.

However, US media reported earlier in July that Pyongyang was continuing to develop its nuclear arsenal, trying to deceive the United States about its denuclearization efforts.

In June, CBS News reported that Pyongyang had agreed to destroy a test site that was used to develop an intercontinental ballistic missile capable of hitting the US mainland: The so-called Sohae Satellite Launching Ground in the North Pyongan province, which is believed to be where the Hwasong-15 long-range missile was tested.

© REUTERS / Jonathan Ernst
US to Check ‘Very Strongly’ Process of North Korea's Denuclearization - Trump
In May, North Korea agreed to destroy its ICBMs and for the first time gave international inspectors access to its nuclear stockpile.

North Korea made rapid progress in nuclear research last year, conducting its strongest atomic test to date and testing a series of missiles. On June 12, North Korean leader Kim Jong Un met with US President Donald Trump in Singapore, where the two leaders issued an agreement that requires Pyongyang to denuclearize in exchange for a freeze of the US-South Korean military drills and eventual sanctions relief.