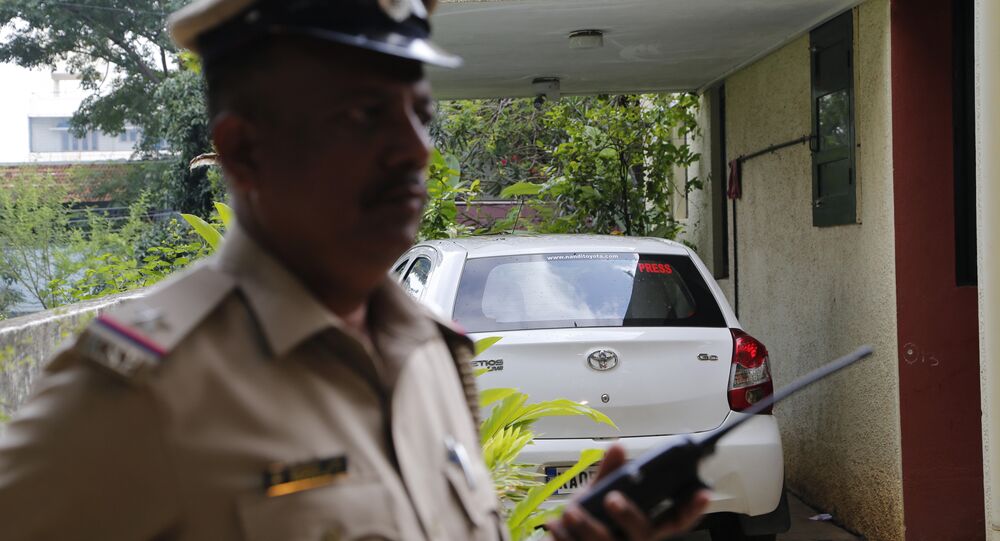 Police in India’s financial capital Mumbai have arrested a person after he allegedly made a phone call to the National Security Guard (NSG), a special force that provides security to VIPs, stating that somebody was planning a chemical attack on Prime Minister Narendra Modi.

Kashinath Mandal, 22, was arrested by police at the Mumbai Central railway station as he was about to board a train to his native village in the eastern state of Jharkhand. Upon questioning, Mandal acknowledged that he had made a prank call to the NSG with the intention of spreading fear among citizens and triggering communal hatred, according to the local media.

© Sputnik / Sergey Guneev
Indian Police Detain Man Allegedly Plotting to Assassinate Modi - Reports
Mandal, who formerly worked as a security guard with a private agency, told the police that he got the NSG control room's number from Google. As soon as the NSG in Delhi got the call, they alerted the Mumbai police who set out on the lookout for Mandal. Technical surveillance confirmed his location at the railway station where he was eventually nabbed the day after he made the call.

Police have seized two mobile phones from him and are also trying to find out if any terror organization had forced him into making the call.

Earlier this month, a person was arrested after he made a call threatening a blast in the city of Jaipur ahead of Prime Minister Modi's public rally. Last year, a hoax call was made that a bomb had been planted at the Hotel Taj Falaknuma Palace in Hyderabad where Prime Minister Modi and US President Donald Trump's daughter and senior advisor Ivanka Trump were meeting.