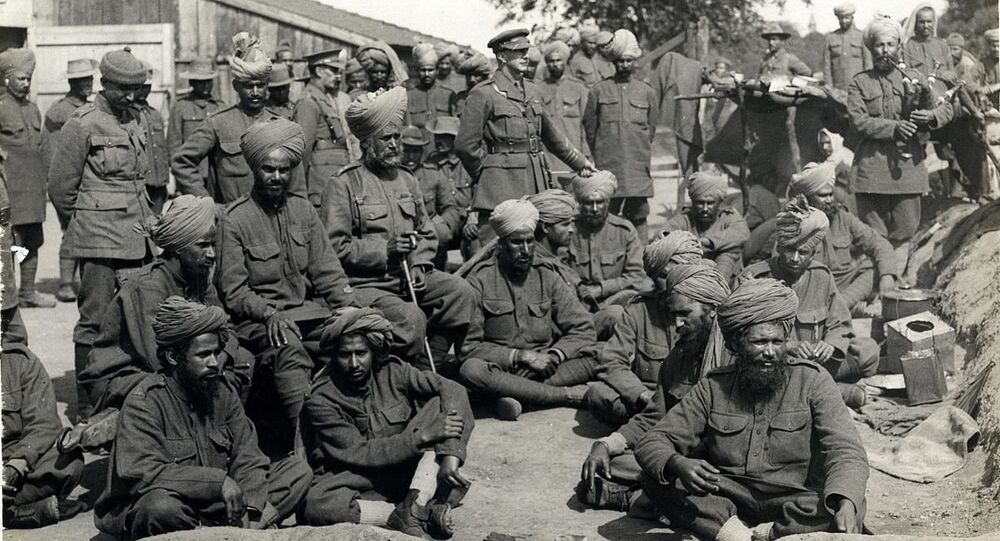 India to Build Memorial in France to Honor WWI Dead

In total, approximately 1.3 million Indian soldiers served in the Allied Forces during World War I and more than 74,000 lost their lives fighting the Germans.

New Delhi (Sputnik) — India has announced that it will build an armed forces memorial in Villiers Guislain, France, in remembrance of thousands of Indian troops who had fought in the First World War in the early 20th century. The announcement was made during a two-day visit of India's Minister of External Affairs Sushma Swaraj to France.

"India will construct an Indian Armed Forces Memorial in Villers-Guislain, France, to honor the valor and sacrifice of the thousands of Indian soldiers, sailors and airmen who fought for peace in World War I," India's Ministry of External Affairs said in a statement on Tuesday.

© REUTERS / P. Ravikumar
India, France Join Hands for Ambitious Inter-Planetary Missions
It is worth mentioning here that thousands of Indian soldiers had been sent as part of the larger British Expeditionary Force (BEF) in an attempt to deter the Germans from attacking France via Belgium during World War I. At the French village of Neuve Chappelle, where one of the bloodiest battles of World War I was fought, a memorial is present that lists the names of 4,700 Indian soldiers and laborers who died serving the Allied Forces.

"In all, from 1914 to 1918, around 90,000 combat and non-combat men fought for the freedom of France and Belgium, serving under the Indian Army and the Imperial Service Troops," François Richier, former ambassador of France to India, wrote in an article in 2014 extolling India's contribution.

Meanwhile, India and France have also signed a letter of intent in the field of conservation of pre-historic ornate caves and rock shelters.