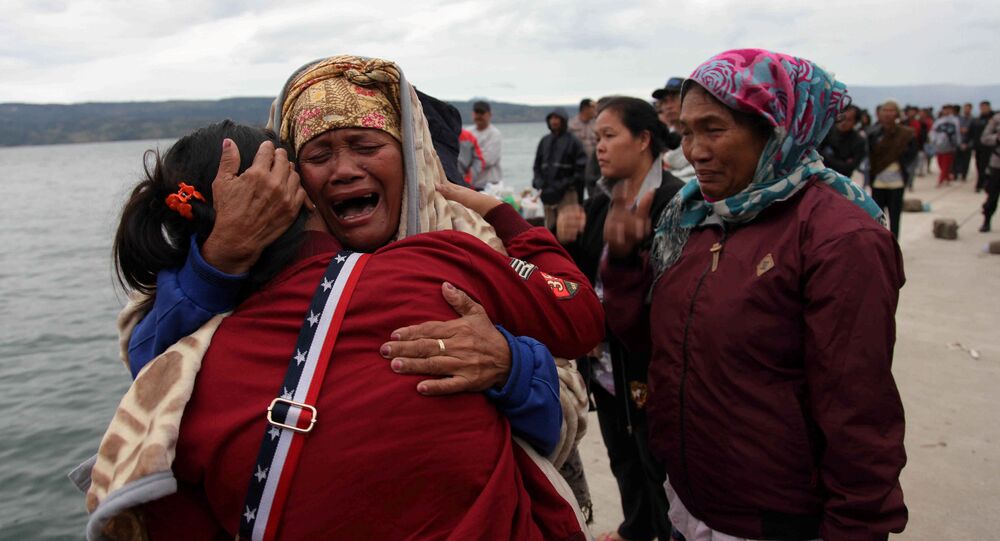 Authorities had previously stated that at least 80 people were thought to be on board the ferry that sank in rough weather.

"Many people have reported their relatives missing," Budiawan, head of the search and rescue agency based in the nearby city of Medan said.

About 18 people reportedly have already been rescued, one passenger has been confirmed dead.

"It might take time to find victims who drowned," he said, adding that some bodies may be trapped inside the sunken vessel.

© CC0
Killer Python Swallows Woman in Indonesia [GRAPHIC VIDEO 18+]
Earlier it was reported that dozens were considered missing as a result of the shipwreck on Lake Toba in the province of North Sumatra.

Indonesian rescue workers fought heavy rains and two-meter waves on Tuesday in a search for survivors after a ferry with at least 80 passengers on board sank in Lake Toba, a popular tourist destination in North Sumatra.

The National Disaster Mitigation Agency said there were unconfirmed reports of up to 130 people on board the ferry.

Lake Toba, a popular tourist destination, fills the crater of a giant dormant volcano and is one of the deepest lakes in the world.