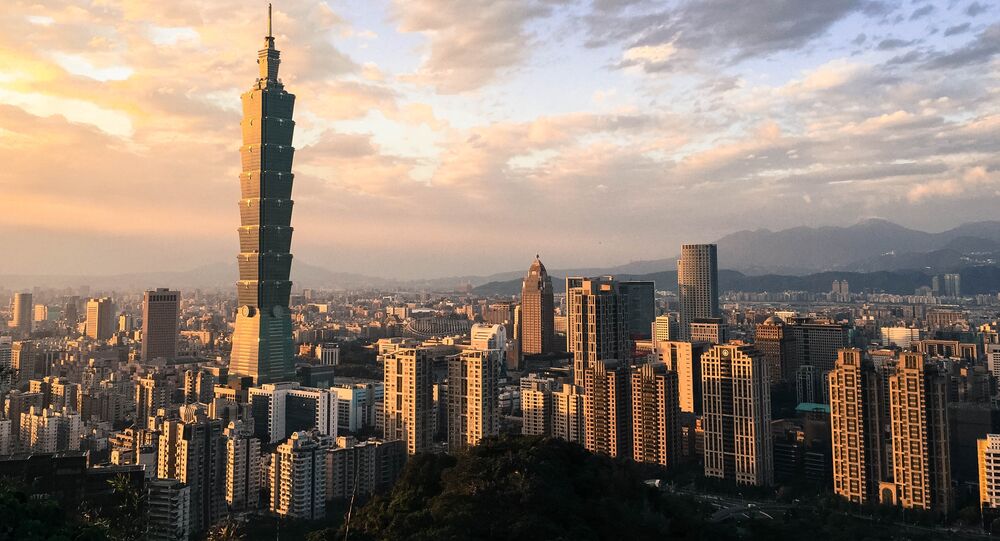 On Wednesday, a spokesperson with China’s Taiwan Affairs Office of the State Council expressed opposition to any official contact between the US and Taiwan after the opening of a new compound for the New American Institute – a de facto American embassy – on the island.

There should be no official contact between the two countries "in any form," spokesperson Ma Xiaoguang said Wednesday. "The US should adhere to the One China principle and the three joint communiques between China and the US so as not the undermine bilateral ties and peace and stability in the region," he warned, China's Xinhua news service reported.

"Taiwan's Democratic Progressive Party administration will only further damage cross-Strait relations by implicating foreign powers," Ma added. "The Taiwan issue, which is vital to China's sovereignty and territorial integrity, remains the most important and sensitive issue in China-US relations."

The remarks come after the US dedicated its new de facto embassy in Taipei on Tuesday, the same day that US President Donald Trump met with North Korean leader Kim Jong Un in Singapore. The American Institute in Taiwan has existed since 1979 as offices scattered across Taipei. However, this is the first time that the institute has been given its own compound.

The opening of the New American Institute on the self-governing island's capital of Taipei indicates an improvement in relations between Taiwan and the US, the New York Times noted Thursday.

Even though it adopted the "One China" policy in 1979, which acknowledges Beijing's claim that Taiwan is an inseparable part of China, the US maintains close independent trade ties with Taiwan and remains its top supplier of weapons.

Since taking office, Trump has approved the sale of $1.4 billion worth of arms to Taipei. In March, he signed new rules allowing senior US officials to travel to Taiwan to meet their Taiwanese counterparts and vice versa.

Taiwan's ruling Democratic Progressive Party rattled cages in 2016 when incoming President Tsai Ing-wen failed to reaffirm the 1992 Consensus, in which the two nations agreed to the "One China" policy. Tsai's move, along with the island's warming relationship with Washington, is a signal to some that Taipei may be considering a formal declaration of independence soon.

China Leapfrogging US in Introduction of 5G Tech - CTIA