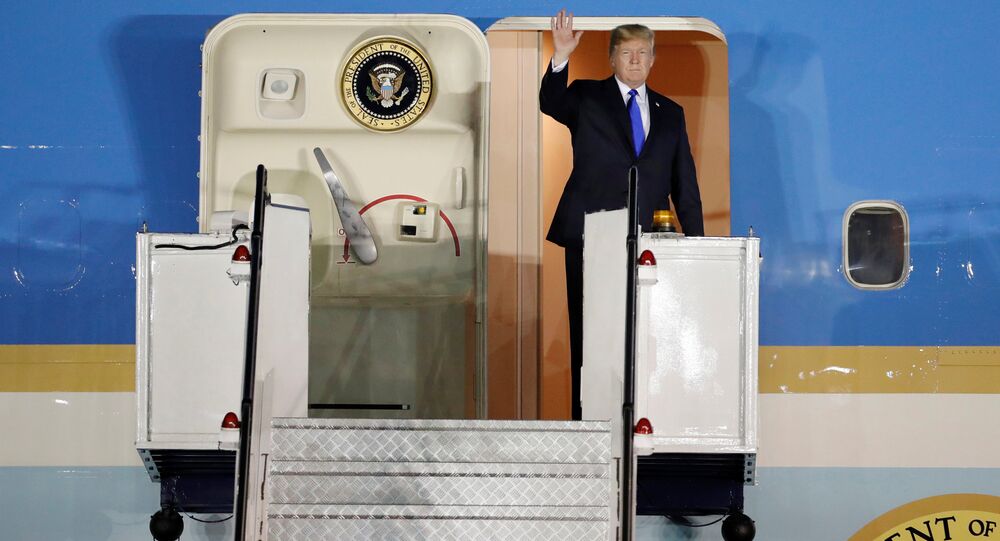 The leaders of the US and North Korea are gearing up for their historic first meeting which, if successful, could put to rest longtime fears of a war on the divided Korean Peninsula.

Both Kim and Trump arrived in Singapore on Sunday.

Talks are scheduled to begin at the Capella Hotel on Singapore's Sentosa Island at 9 a.m. local time on June 12.

The venue of Tuesday’s talks is the only thing that is known about the summit, with the timetable of events and other details still under wraps.

© AP Photo / Joseph Nair
Trump-Kim Summit Agenda: Firm Peace, Korean Denuclearization - Reports
With the list of items on the agenda already quite long, US officials have laid out a contingency plan for a second day of talks, CNN reported, citing sources familiar with the matter.

First Lady Melania Trump and Defense Secretary James Mattis will not be in attendance.

Little is known about the North Korean delegation. During the recent Winter Olympics in Pyeongchang the North was represented by Kim Jong-un’s younger sister Kim Yo-jong.

When briefing reporters before boarding the plane to Singapore, President Trump said that he was ready to raise any issues with his North Korean counterpart, including the release of a number of people jailed in North Korea.

The US has stressed that it is seeking complete and verifiable denuclearization of North Korea before it starts lifting sanctions imposed on Pyongyang.

The North Korean side wants these two things to happen simultaneously.

“For Kim anything but a clear failure will be seen as a success, while for Trump anything that is not a clear success will be deemed as a failure,” a senior member of  the Russian Foreign Affairs Council Andrei Kortunov told Sputnik.

“North Korea wants legitimacy, recognition, status; it wants to be treated as a full-fledged and legitimate state. Kim’s very meeting with Trump is a major victory for him, something he is using both at home and abroad. Not so for the US because if Trump returns home empty-handed, the opposition will say he played into Kim’s hands and chickened out in the face of a nuclear threat,” Kortunov added.

Even though the sides will hardly be able to sign any accords in Singapore, experts still believe that the summit may set in motion a process of establishing diplomatic relations between the two countries.

Donald Trump has said that if the Singapore parley is a success, he will invite Kim Jong-un to the White House.