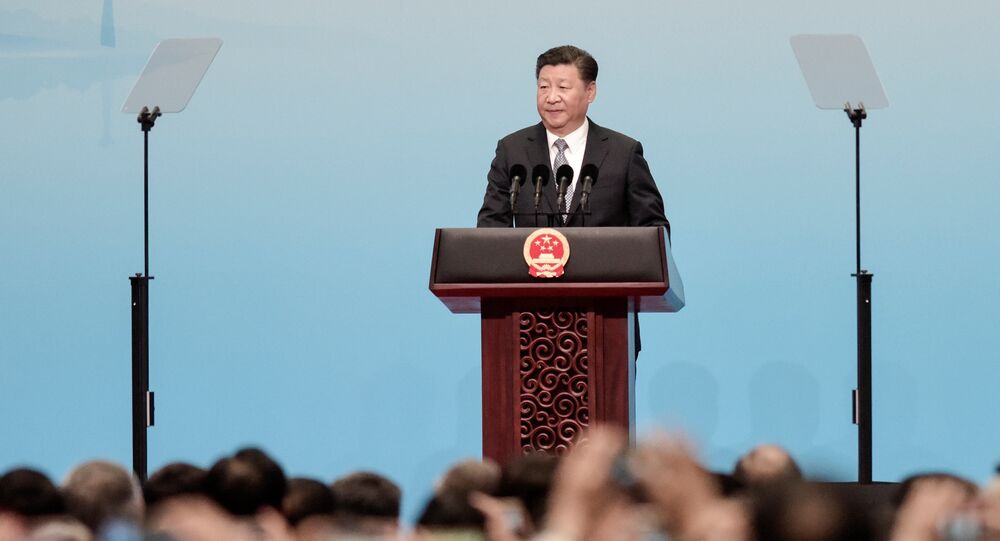 The 10th BRICS summit will be held in Johannesburg, South Africa from July 25 to 27. The trade friction between China and the US has drawn global attention and triggered complex feelings among the BRICS countries.

While some speculators may be hoping to take advantage of the situation, BRICS countries' primary concern is that the Sino-US trade friction will continue and have a negative impact on the world economy.

Russia views the trade friction as one of the steps taken by the US to contain China's rise and avoid a challenge to its hegemony. At the same time, Russia also believes that the trade friction will draw China closer to Russia and provide more support for Russia in dealing with Western pressure.

© REUTERS / Stringer
Russian Diplomat Explains Why Free Trade Zone Not Yet BRICS Priority
The other three BRICS countries — Brazil, India and South Africa — are worried they might become the next targets of the US. They also fear that the aggressive unilateral measures launched by the US could jeopardize the multilateral trading system and eventually their own interests, as well as aggravating the anti-globalization trend, trade protectionism and xenophobia.

In 2017, the BRICS accounted for 23 percent of the world economy and 16 percent of world trade, as well as contributing more than 50 percent of global economic growth. The BRICS countries have not only been an important international multilateral economic and trade cooperation mechanism, but also have become close trading partners with each other. Therefore, the worries among the BRICS countries cannot be ignored.

The US' trade protectionism has caused worry throughout international society. But together, the BRICS countries can cope with the pressure from the US and make efforts to maintain the international trade order.

© CC0
BRICS Gold Trading System Poised to Reduce US Dollar Dominance - Gold Trader
BRICS countries are highly complementary with each other in economic and trade terms. By offering great opportunities based on its further reform and opening-up, China can ease the concerns of other BRICS countries regarding Sino-US trade tension. By joining this process, the other BRICS countries can explore new economic and trade cooperation models and contribute to world economic growth. To this end, certain specific efforts can be made by China.

First, China has demonstrated its determination to open up to the world. China will strive for support from the other BRICS countries through bodies such as the World Trade Organization and the G20 to protect multilateralism and the global trading system, which is built on international rules. The BRICS can establish an open world economy together, fighting against the anti-globalization and protectionist tendencies that have emerged in the US and some other developed countries.

Second, China can keep other members of the BRICS well informed about the progress of Sino-US trade negotiations. This way, the consensus can be enhanced, which can help in countering unilateralism. And it can stop member countries from being tempted to take advantage of the China-US trade tension.

Third, China will need to expand imports and continue its opening-up. The domestic market will not be opened solely to US products and services; it will be opened to other countries equally.

© REUTERS / Wu Hong/Pool
From Russia With HUDWAY: Russian-Born Startup Sees Potential in BRICS Markets
The opening-up will be based on China's future development. And growth in imports will be in line with domestic needs. Other BRICS members will be able to share development achievements in their economic and trade cooperation with China. There will not be unequal treatment in China for foreign products and services.

China, the largest economic entity in the BRICS countries, is actively carrying out this strategy, while winning support from other members amid the Sino-US trade friction.