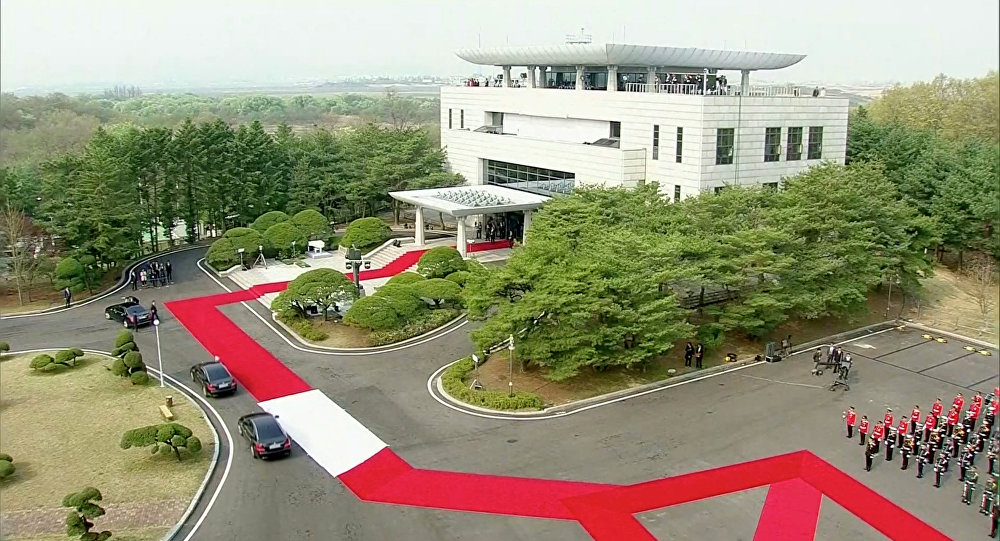 GOYANG (Sputnik) - North Korea’s leader Kim Jong Un went back across the border for a lunch break after more than an hour-long talks with South’s Moon Jae-in on his soil.

Friday's historic summit will continue into the afternoon after the North’s delegation returns to the southern side of the border.

Kim Jong Un departed in a black limo surrounded by a dozen of security guards who jogged along to the other side of the military demarcation line.

According to the summit schedule, the lunch break will separate the two parts of the meeting.

"If we have a sincere dialogue we will be able to make a big present to our nation and people around the world who want peace," Moon said at the summit.

North Korea’s leader Kim Jong Un said talks with his South Korean counterpartgave his delegation a sense of turning over a new leaf in history.

"We arrived here with a sense that a new history was beginning leading to peace and prosperity," Kim said during the televised part of the meeting south of the common border.

The US issued a statement welcoming the historical talks, saying it could offer a chance for peace and prosperity for the entire peninsula.

Dialogue With N Korea Possible After S Korea, US Summits With Pyongyang - Abe