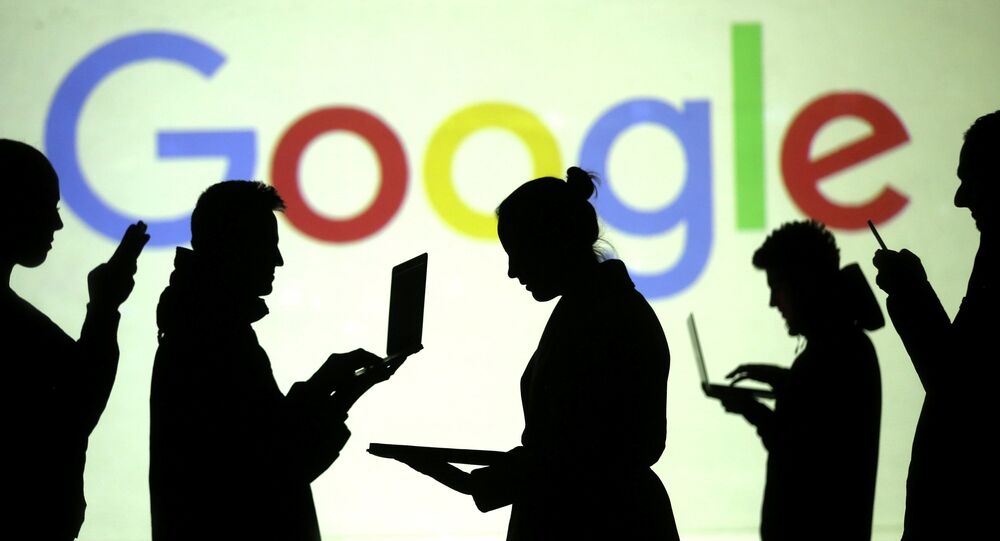 Upon finding that Google was leveraging its dominance in online general web searches to strengthen its position in the market for online syndicate search services, the Competition Commission of India, in February this year, imposed a penalty of $21.17 million dollars on the company.

New Delhi (Sputnik): Google has challenged the order of India's anti-trust body that found it guilty of "search bias."

Sources privy to the development told Sputnik on Monday that Google has filed an appeal with the National Company Law Appellate Tribunal (NCLAT) which would, now, hear the arguments against the February order of the Competition Commission of India (CCI) wherein the anti-trust body had imposed a penalty of $21.17 million on Google for alleged abuse of its dominant position in online general web search and web search advertising services in India.

The CCI passed an order after a seven-year-long investigation brought to light that Google had been deliberately steering flight-related queries towards its own specialized flight search page rather than to competing websites. During the course of the investigation, Facebook, Flipkart, Make-my-Trip.com and several other entities complained that Google was abusing its dominant position in India.

Before India, the European Commission imposed a $2.7 billion penalty on Google for favoring its shopping service and demoting rival offers.