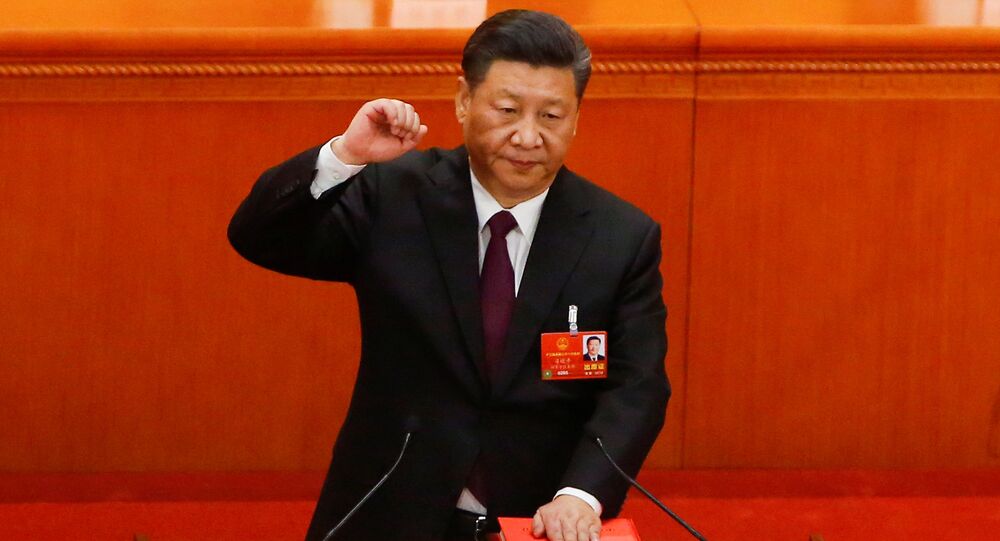 The National People’s Congress (NPC) of China, its parliament, on Saturday reelected incumbent President Xi Jinping for a second term.

The secret ballot was held at the fifth plenary session of the 13th convocation of the Chinese legislature. It is also expected to reappoint Xi as the chair of China’s Central Military Commission.

The 64-year-old was elected president for five years in March 2013. Earlier this month, the parliament voted to abolish presidential term limits, effectively allowing him to keep power indefinitely.

The Chinese parliament  also reappointed President Xi Jinping as the chair of the Central Military Commission.

The 69-year-old ally of President Xi Jinping, dubbed China’s "anti-corruption czar," headed the powerful Central Commission for Discipline Inspection for five years until last October. He was appointed as China’s number two by secret ballot at the fifth plenary session of this convocation of the Chinese legislature, which also reelected Xi as president.

Earlier this month, the parliament voted to abolish term limits for the president and his deputy, effectively allowing the pair to keep power indefinitely. Until this year, they were not allowed to serve more than two consecutive terms.