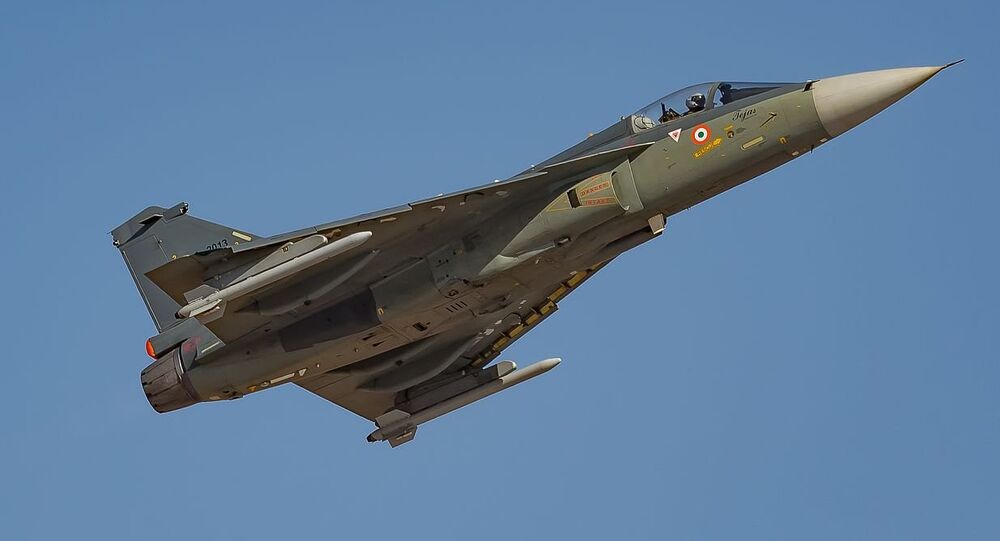 The LCA Mk-IA is an improved version of the original Mk-I variant of Tejas, which was found to have several technical deficiencies, including inadequate electronic warfare capabilities, problems with the onboard radar system and reduced internal-fuel capacity.

New Delhi (Sputnik) — India's indigenous light combat aircraft (LCA) Tejas has successfully completed a hot refueling trial on Monday in what could help the manufacturers nail the confidence of the main buyer — the Indian Air Force (IAF). State-owned Hindustan Aeronautics Limited (HAL), which is credited with locally developing as well as manufacturing the LCA, has claimed the trial was satisfactory and brings the aircraft closer to final operational clearance.

"In the history of IAF aircraft, LCA will be the first aircraft to fly with this unique capability of hot refueling and HAL has successfully demonstrated this on LCA Tejas LSP8 aircraft," HAL said in a statement on Tuesday.

"The system performance during the refueling session was in-line with design requirements and was satisfactory," it added.

Hot refueling is a single point pressure refueling of the aircraft, by which a fighter aircraft is refueled (between sorties) while its engine is in operation, thereby reducing both the refueling time by half and turn-around time significantly.

"This capability is highly desired in combat situation which basically puts aside the need for the pilot to park the aircraft, power down and exit the cockpit for refueling to begin. Further, with this, a major requirement of LCA Air Force Mk.1A has been achieved," HAL said.

© AP Photo / Aijaz Rahi
India’s Lethal 1370 MPH 4.5 Generation Tejas Fighter Jet Completes Maiden Flight
The Indian Air Force has ordered 20 initial operational configuration aircraft and 20 final operational configuration aircraft. Out of total 20 IOC aircraft (16 fighters and 4 trainers), 5 fighters have been delivered by HAL to the IAF to date. Besides the 40 aircraft, India's Defence Acquisitions Council (DAC) has also cleared the acquisition of 83 LCA MK 1A for IAF production, which is planned for 2019-2020, after the completion of FOC contract.

HAL aims to manufacture 16 aircraft per year, up from the present capacity of eight. For this purpose, HAL is currently in the process of establishing a second manufacturing line to support structural and equipping activities.