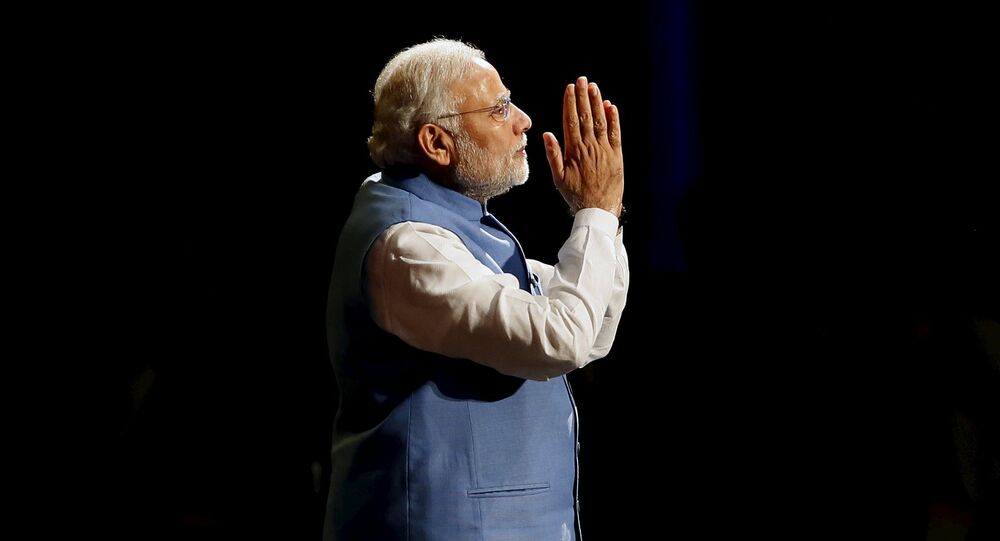 Chief Minister of Jammu and Kashmir Mehbooba Mufti has said that peace between India and Pakistan is necessary to restore normalcy in the state, which witnessed a terror attack on an army camp on Saturday – the bloodiest attack in recent times.

New Delhi (Sputnik) — In the wake of back to back terrorist attacks on Indian military bases, the local government of Jammu and Kashmir has mounted pressure on the Narendra Modi-led central government to immediately resume peace talks with Pakistan.

"A dialogue with Pakistan is necessary if we are to end the bloodshed. I know I will be labeled "anti-national" by news anchors tonight but that doesn't matter. The people of J&K are suffering. We have to talk because war is not an option," Mufti said in the state assembly on Monday.

Unfortunately, some media houses have created an atmosphere that if we talk of dialogue (with Pakistan) then we are labelled anti-national: J&K CM Mehbooba Mufti in state assembly pic.twitter.com/i9paKyzeXF

India has blamed Pakistan-based militant group Jaish-e-Mohammad for Saturday's attack on the Sunjwan military camp in Jammu and Kashmir. Five soldiers and a civilian were killed in the attack, which was the bloodiest terrorist attack in recent times. On Monday, Pakistan based Lashkar-e-Taiba claimed responsibility for the failed attack on the Karan Nagar military base that killed one security personnel.

Visited Military Hospital Jammu & met the soldiers who were injured in Sunjwan today. In their Valor we find hope. pic.twitter.com/PGIpX7shwT

"If a fidayeen (suicide attacker) comes to die and kill, there is no foolproof security against such a person. I am not for people dying on borders or elsewhere. We have to engage Pakistan," Mufti added.

Since last November, Indian and Pakistani forces have been intermittently exchanging fire across the border, causing the loss of multiple lives, military as well as civilians, on both sides. Terrorist attacks have also become more frequent. The Jammu region, which is otherwise peaceful, has also woken up to a disturbing trend of terror attacks. The opposition parties blame the Narendra Modi government for not having a clear vision and security plan.

The most disturbing fact is that attacks are now taking place in Jammu which had always been safe. Kashmir was unsafe & now this govt has made Jammu unsafe too. If centre is not being able to provide them security it means there is some fault with their policies: Ghulam Nabi Azad pic.twitter.com/iLg9kwuaKM

Nevertheless, the Narendra Modi government has not shown any inclination towards resuming political dialogue with Pakistan so-far.

"Any meaningful dialogue can be held only in an atmosphere free of terror, hostility, and violence. The onus is on Pakistan to create such a conducive atmosphere. Till then, India will continue to take firm and decisive steps to respond to cross-border terrorism," General VK Singh, India's Minister of State for External Affairs had said on 7 February in the Parliament.

Notwithstanding this posture of the Modi government, national security advisors of India and Pakistan have been in touch, as evident from the discussions held on several occasions last year; the most recent being in December 2017 to discuss terrorism and ceasefire violations.