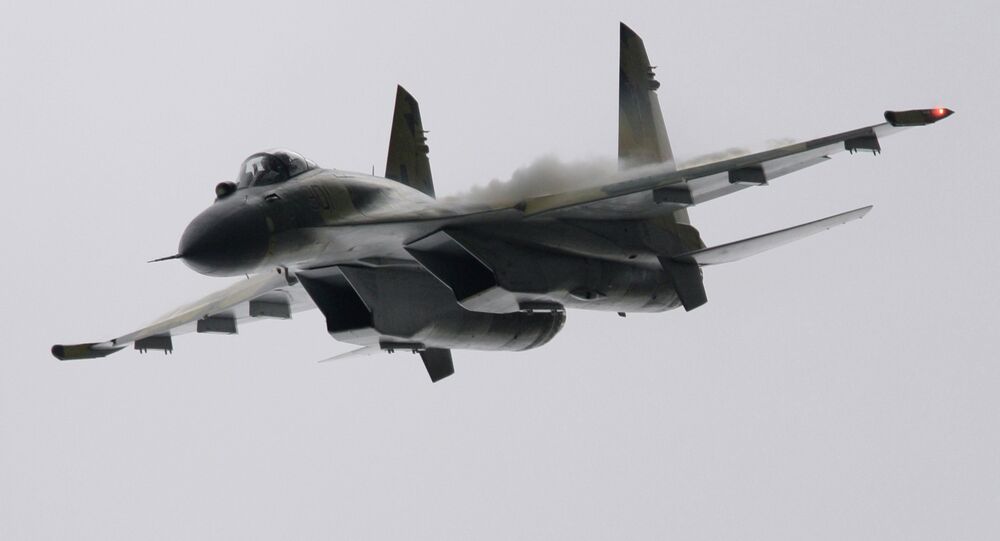 On Wednesday, China's People's Liberation Army Air Force announced that Su-35 fighter jets have been sent out for a joint combat patrol mission in the South China Sea.

According to the statement released by officials, the deployment is meant to be part of the air force's efforts to conduct military training under combat conditions, China Daily reported. The training is also expected to enhance jet capabilities "under long-distance or high-sea conditions."

Officials did not indicate the number of fighter jets that participated in the exercise.

Speaking to the Global Times, Xu Guangyu, a retired major general and senior adviser to the China Arms Control and Disarmament Association, noted that the pilot training for the new aircraft was moving fast.

"Apart from the most advanced J-20, a China-made fourth generation stealth fighter jet, the Su-35 is more advanced than other Chinese fighter jets at this moment," Xu said. "We just received a group of jets from Russia last year and now we can put them into a real combat mission in the South China Sea."

"It also shows that China-Russia military cooperation is solid, mutual-benefitted and reliable," he added.

China and Russia sealed the deal for the shipment of 24 Su-35 fighters for the sum of $2 billion in November 2015. The first four fighters were reportedly shipped in late 2016 while another 10 were handed over in 2017. The remaining 10 aircraft are reportedly to be delivered in 2018.

Xu later suggested to the outlet that the Su-35 deployment was likely done in response to the January 2018 incident in which a US Navy destroyer came too close for comfort to a South China Sea island disputed between China and the Philippines.

"The appearance of advanced PLA fighter jets, capable of attacking surface combat vessels in this region is sort of a reaction to the provocation by the US," Xu said.

The US destroyer, USS Hopper, came within 12 nautical miles of the disputed atoll of Scarborough Shoal, which is known as Huangyan Island in China. Following the infraction, China slammed the US and accused the Land of the Free of "wantonly provoking trouble" in the region.

The US responded to China by reaffirming its right to conduct freedom of navigation missions.