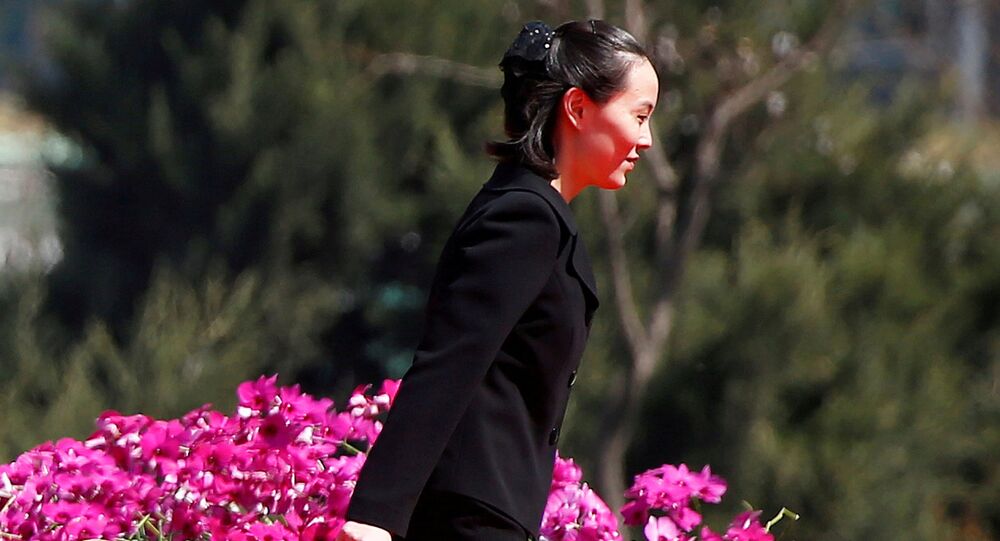 According to Seoul's unification ministry, Kim Yo-Jong as a member of the DPRK delegation will travel to the South for the Pyeongchang Winter Olympic Games.

Kim Yo-Jong, the sister of Pyongyang's leader Kim Jong-Un, will become the first member of the ruling family to visit South Korea.

A high-level delegation to the upcoming Winter Olympics in Pyeongchang will be lead by Kim Yong Nam, President of North Korea’s Presidium of the Supreme People's Assembly and the ceremonial head of the country.

Kim Yo-Jong, who is believed to be about 30 years old, is a high-ranking member of DPRK's ruling Workers' Party. She has been seen accompanying Kim Jong-Un on official events. Kim Jong-Un and Kim Yo-Jong are both children of Kim Jong-Il and his third wife, former dancer Ko Yong-Hui.

On Sunday, Pyongyang informed Seoul that the 22-member delegation will arrive for a three-day visit to Pyeongchang on Friday, the Yonhap news agency stated, citing officials from South Korea's Unification Ministry.

© AP Photo / Alex Brandon
US Has ‘No Plans’ to Meet With North Korean Officials at Olympics
In January, after a four-party meeting between North, South Korea, the International Olympic Committee and organizing committee of the 2018 Olympics in Lausanne, the IOC declared that the unified Olympic team of the two Korean states will take part in women's ice hockey under a "unification flag", while athletes from North Korea will compete in figure skating, short track and skiing.

Korea, which was previously ruled by the Empire of Japan, was divided into the northern and southern parts after the Second World War, which ended Japan's rule. The Soviet Union and the US occupied the parts of the country after that. In 1950 the attempt to unite the country resulted in the Korean War, however, it lead to the establishment of the Demilitarized Zone in 1953, which still separates the two Koreas to this day.