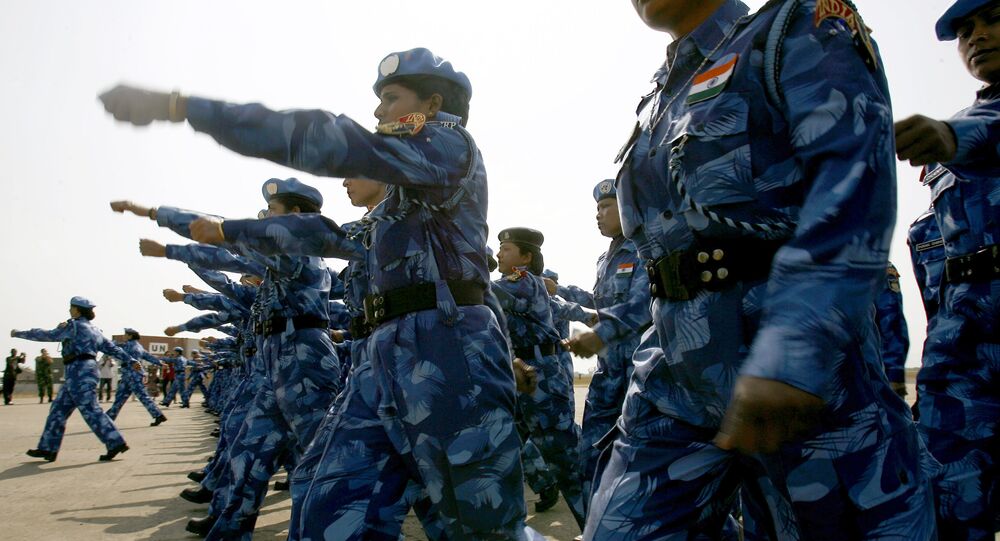 Thirty-eight officers from military, police and diplomatic services from India, Bangladesh, Bhutan, Canada, Japan, Finland, Sweden, Switzerland, Sri Lanka and the UK have come together in New Delhi for a course on integrating women into peacekeeping missions, not just as supporters but as active participants.

Vice Chief of Staff of the Indian Army Lt Gen Sharat Chand confirmed this during an ongoing international course on ‘Mainstreaming Gender in UN Peacekeeping to end Conflict-related Sexual Violence" in New Delhi.

"I have been made to understand that women representation in UN peacekeeping missions is a mere 4 percent and they hope to make it 8 percent. We hope to make it from our end also 8 percent by the end of this year," Lt Gen Chand said.

Indian Army to Double its Share of Women in UN Peacekeeping Missionshttps://t.co/yugvDJdJMY pic.twitter.com/tbWpoYj30z

Defense analyst and army veteran Major General (Retd) G D Bakshi opined that although women officers are more vulnerable in a war-like situation, they are capable of playing a bigger role in peace operations, as women are the worst sufferers of wars and conflicts.

"India Army is one of the largest contributors to the UN peacekeeping operations around the world. Women officers' role is challenging in view of the presence of various militias in several countries which make women officers more vulnerable. But like Lt Gen Chand has stressed, women officers can play a major role in peace and security since women bear the brunt of war and conflict. Therefore, greater participation of women will be a welcome step," Bakshi told Sputnik.

Lt Gen Sarath Chand advocated that women should not be limited to supportive roles, as gender mainstreaming is a way to end conflict-related sexual violence.