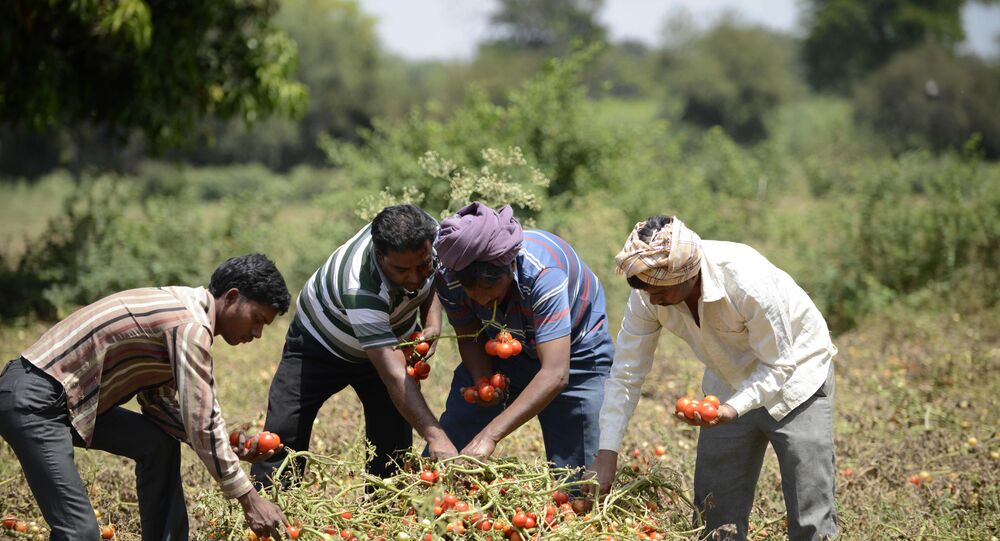 The Narendra Modi administration in India has promised to double the income of farmers by making budgetary provisions that aim to take the direct benefits of structural reforms and growth to reach the rural community. The media, however, sniffed politics in the Budget calling it an effort to placate the agri-rural voters.

New Delhi (Sputnik) — The government of India, currently led by the nationalist Bharatiya Janata Party, has presented its last full Budget for the economy ahead of the election year 2019. The budget speech of Finance Minister Arun Jaitley was of one hour and forty-five minutes, of which, he devoted one-hour announcing schemes and sops for the poor, the underprivileged and farmers.

"Government has tried to uplift the condition of the poor people. And this is really historical. I think today the poor will celebrate a small Diwali (festival)," Minister of State for External Affairs M J Akbar told Sputnik.

The Budget, however, failed to garner the kind of media response the government might have expected with most of the major publications slamming the political overtone.

"Economics with Politics" read the front page headline in The Indian Express. The Times of India, the largest circulating English Daily had the headline — "It all adds up to 2019."

© Photo : Times of India / screenshot
The Times of India, the largest circulating English Daily had the headline – “It all adds up to 2019

The government also launched the world's largest state-funded health program — ‘National Health Protection Scheme' under which the government promises to provide up to $32,000 to poor families every year for secondary and tertiary healthcare. But the newspapers, as well as the social media, called it a "bluff."

While each expert had his own version of the Union Budget 2018, it was the twitter where the real fun was going on.