MOSCOW (Sputnik) - China must establish trustworthy nuclear deterrence capabilities and boost its nuclear counter-strike capabilities to strengthen the strategic balance of power and support the nation’s global status as a superpower, the official newspaper of the People’s Liberation Army (PLA), the nation’s military, said Tuesday.

"The global situation remains unstable today. To improve the effectiveness of our strategic deterrence, support our nation’s status as a superpower and safeguard our national security, we must establish reliable and trustworthy nuclear deterrence capabilities and boost its nuclear counter-strike capabilities to strengthen the strategic balance of power," the PLA newspaper said in an op-ed. 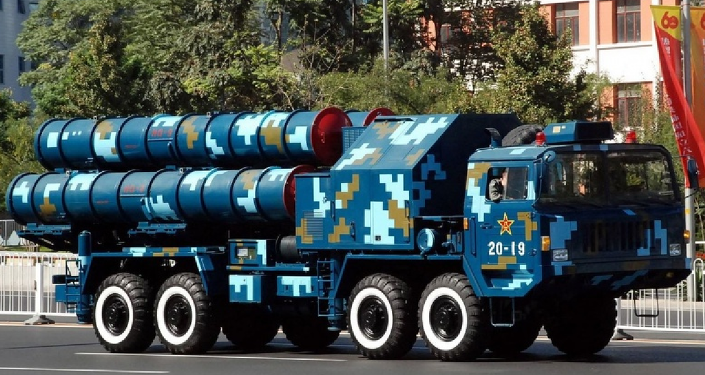 © Photo : Wikimedia/Jian Kang
China Upgrades Its Ballistic Missiles
The op-ed was penned by two researchers from the PLA Academy of Military Sciences and focused on the 2018 Nuclear Posture Review from the Trump administration, leaked to the US press earlier this month.

After detailing how much the United States and Russia spent on strengthening their nuclear capabilities in recent years, the researchers stressed the importance of such capabilities.

"We can draw the following inspirations from the Russian approach: First, build a defense system with its own special characteristics. Second, develop a specialized attack weapon system," the researchers noted in the op-ed.

The researchers stressed that China needs to learn from experiences of other countries when trying to lay a solid foundation for its national security strategy.