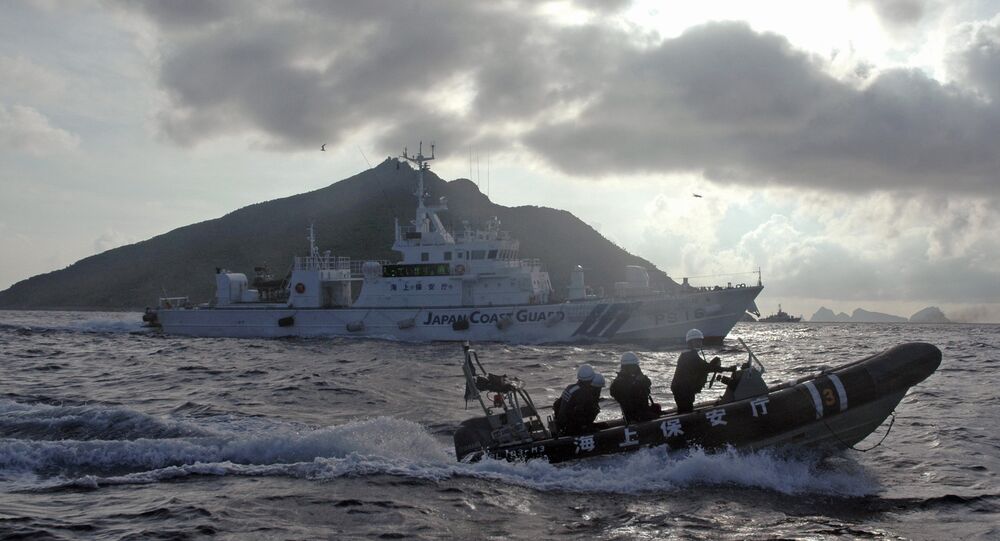 During Japanese Foreign Minister Taro Kono’s visit to Beijing, the top diplomats of China and Japan agreed to establish a hotline to avoid maritime military incidents.

Kono agreed with his Chinese counterpart Wang Yi to establish a military hotline intended to prevent maritime incidents between the two countries, according to a World Bulletin report. In an official statement, the two sides agreed to establish the hotline "as soon as possible," but the eventual timeframe for the initiative is not decided, even though it has reportedly been in discussion for years.

"China and Japan should work together to build the East China Sea into the sea of peace, cooperation and friendship," an official statement by China's Foreign Ministry on the meeting reads.

© REUTERS / Andy Wong/Pool
Détente Between China and Japan is Possible – Analyst
The two countries, the world's second- and third-largest economies, used to enjoy rather cold relations, due to long-standing disputes over maritime claims and Japan's wartime legacy. Frequent maritime patrols over disputed islands have since become a potential flashpoint and a significant obstacle to improving bilateral ties.

In the most recent development, China called on Japan to avoid creating what they called "artificial" incidents around the group of disputed, uninhabited islands in the East China Sea known as the Senkaku islands in Japan and the Diaoyu islands in China.

"The Diaoyu islands are an integral part of China. China has historic and legal rights to sovereignty over these islands. Japan's actions can in no way change this objective reality. We urge the Japanese side not to create artificial incidents around Diaoyu and make efforts jointly with China to improve bilateral relations in the spirit of a consensus reached in 2014," Chinese Foreign Ministry spokesman Lu Kang said Thursday.

Kono's visit to China is the first visit by a serving foreign minister in two years. Observers note that the negotiations have resulted in mutual vows to improve bilateral relations, even if there are few concrete proposals and timeframes are yet to be set.

Talking to journalists before the talks, Kono called on China to do more to curb the North Korean nuclear threat.

"It is important not only to discuss issues related to our two countries, but for Japan and China to stand side by side to deal with global issues," he said.

"In particular, the North Korea issue is now an urgent issue for the whole of international society."

Beijing and Tokyo also announced a number of smaller initiatives, including an agreement to avoid double pension payments for those working in each other's countries, the Daily Mail reports.

Weeks After Spike in Territorial Rift, China Extends Hand of Friendship to Japan