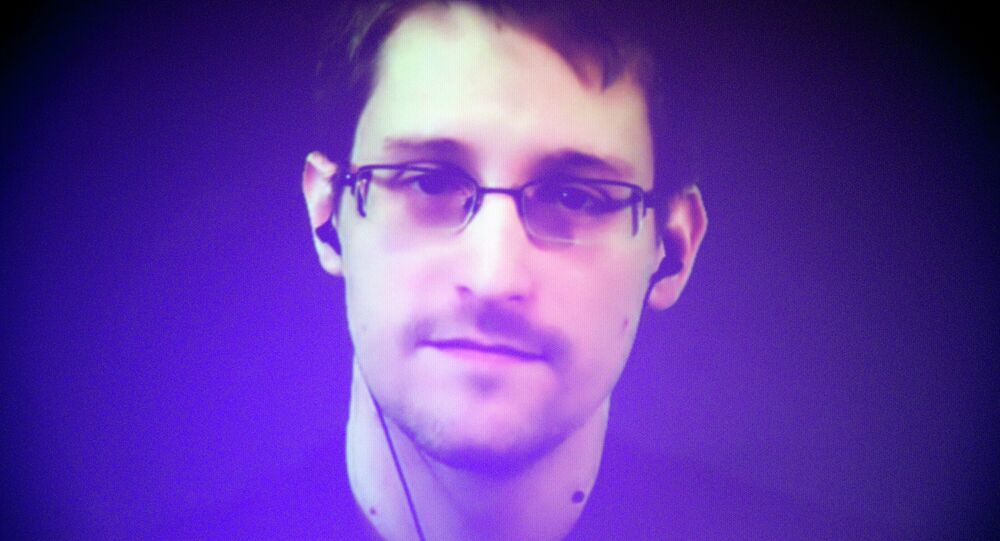 American whistleblower Edward Snowden says the Indian journalist who did an investigative story on how easy it was to break into the supposedly secure citizens’ data bank maintained by the Unique Identification Authority of India (UIDAI) deserves an award and not persecution.

New Delhi (Sputnik) — Edward Snowden has come to the defense of Indian journalist Rachna Khaira, who is facing prosecution by the Indian authorities for publishing a story highlighting the ease with which it is possible to breach the Aadhar data (government data listing personal details of Indian citizens).

The Delhi police's crime branch on Monday registered a complaint against Khaira and the publication she worked for, made by an official of the UIDAI — the apex body that is responsible for the collection and custody of the Aadhaar data.

Reacting to the development, Edward Snowden posted on Twitter that journalists exposing the Aadhaar breach deserve an award, not an investigation.

"If the government were truly concerned for justice, they would be reforming the policies that destroyed the privacy of a billion Indians. Want to arrest those responsible? They are called UIDAI," Snowden's tweet read.

​The Tribune, an English Daily, majorly popular in the northern states of India, published an investigative report on January 3 filed by reporter Rachna Khaira, who claimed that it took just around ten dollars and 10 minutes for her to get access through a middleman to all the personal details of the citizens enrolled in the Aadhar program. The report claimed that the information accessed included the name, address, postal code (PIN), photo, phone number and email of individual citizens.

The UIDAI meanwhile responded by claiming that the story was a case of misreporting and chose to file a criminal complaint against the publication and the reporter.

Notice sent by UIDAI to Editor in Chief of The Tribune on the fake news report of Aadhar data breach. pic.twitter.com/pDQ4kbGL5K

​Nevertheless, the government has come under immense fire for choosing to shoot the messenger instead of acting on the message. The journalist fraternity, in particular, has launched a tirade of attacks on the government demanding the immediate withdrawal of the police complaint against Khaira.

Editors Guild condemns FIR against Tribune reporter who exposed Aadhar leaks.#UIDAI and Modi government can just bully everyone who try to expose the reality. pic.twitter.com/awKyVdzcA4

Disabled People in India to Get Unique ID Cards