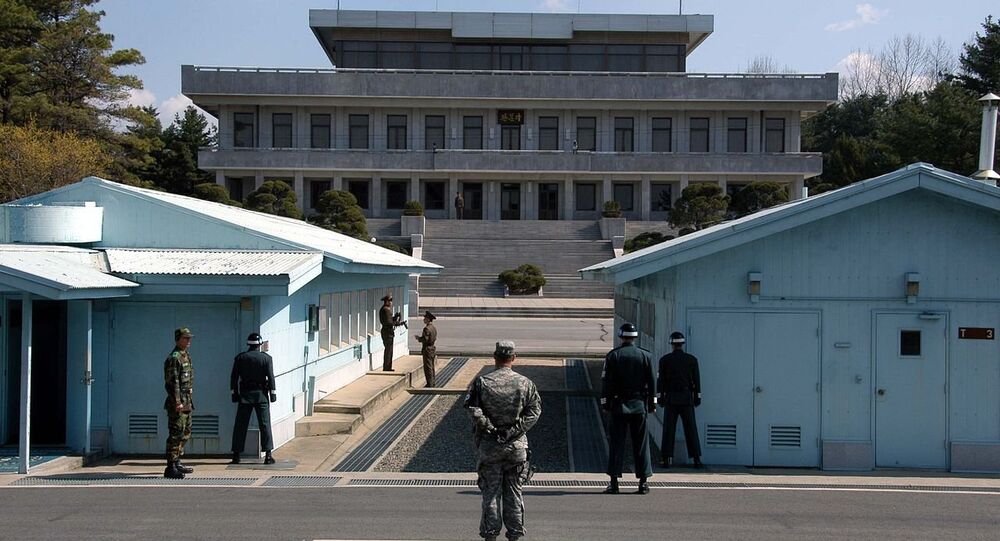 According to the Yonhap news agency, the North Korean delegation notified South Korea that a communication line, which had been disrupted due to an escalation of tensions on the Korean peninsula, had been restored.

The South Korean military tested the hotline with North Korea in the Yellow Sea district, the news agency added.

"Our side confirmed the connection at around 2:00 p.m. [5:00 GMT]… Now it is possible to make a call between the South and North Korean military authorities through the military hotline in the Yellow Sea district… We have decided to begin using the military hotline starting 8:00 a.m. tomorrow [23:00 Tuesday GMT]," the official said, as quoted by the news agency.

The South Korean delegation member added, however, that some "technical problem" still remained.

#SouthKorea and #NorthKorea agreed on Tuesday to reopen military #hotline between the two countries, according to Yonhap News. pic.twitter.com/yO2dClNI72

​The military hotline, which had been previously used by Seoul to notify Pyongyang regarding South Koreans moving in or out the joint Kaesong Industrial Complex north of the border, was severed by the North as a protest against the shutdown of the joint venture in February 2016.

Earlier on Tuesday, the two neighboring countries launched talks at a ministerial level about Pyongyang's participation in the upcoming Olympic Games that will take place in South Korea. The two delegations met in the so-called Peace House in a demilitarized zone between the two countries.

The Relationship Between Pyongyang And Seoul Became Particularly Tense Last Year As North Korea Proceeded With Missile And Nuclear Tests. Russia And China Have Been Advocating A "Double Freeze" Solution, Which Would See North Korea Halting Its Nuclear And Missile Programs, While Its Neighbors Would Refrain From Holding Joint Drills.