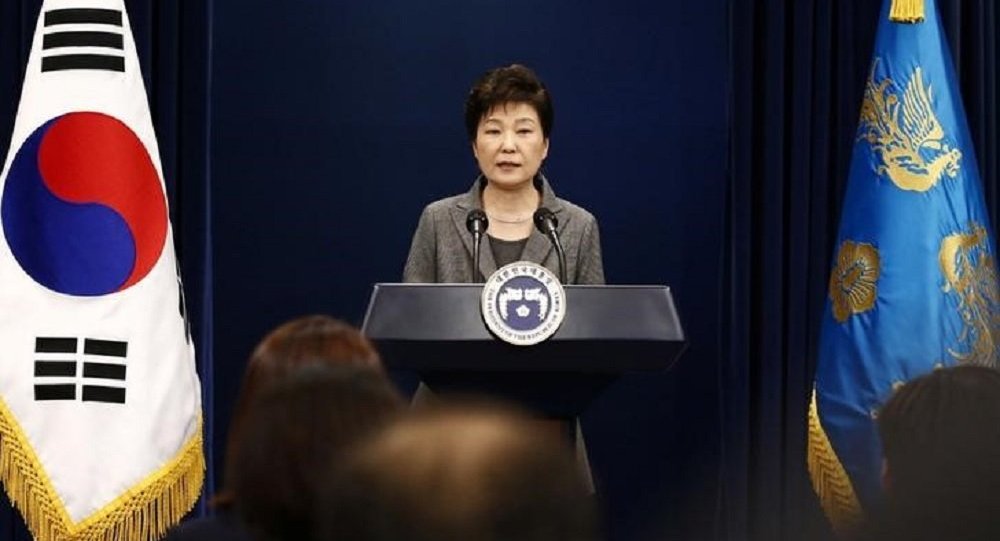 The request targets $5.62 million in assets belonging to the former president, the Yonhap news agency reported.

If the court rules the corresponding decision, Park will be reportedly forbidden from making transactions with her bank savings or property.

In November, Nam Jae-joon, the first NIS director under Park, admitted that the agency had been transferring about 50 million won ($46,500) to the president's office every month, and the prosecutors suspect that the monthly payment increased later to about 100 million won.

READ MORE: South Korean Ex-President’s Confidante May Be Sentenced to 25 Years in Jail © CC0 / Pixabay
Ex-South Korean President Allegedly Ordered Spy Agency to Blacklist Artists
The political scandal around Park broke out in late October 2016, when media reported that the former president had allowed her close associate Choi Soon-sil, who did not hold any official post, to get involved in state affairs.

The scandal resulted in Park’s impeachment in December 2016 that was confirmed by the country's Constitutional Court on March 10. On March 30, Park was arrested over corruption accusations, involving 13 different cases of bribery, coercion and abuse of power. Park was charged in particular with forcing companies to sign contracts beneficial for Choi and her associates. On October 13, a Seoul court extended Park's detention for a period of six months.