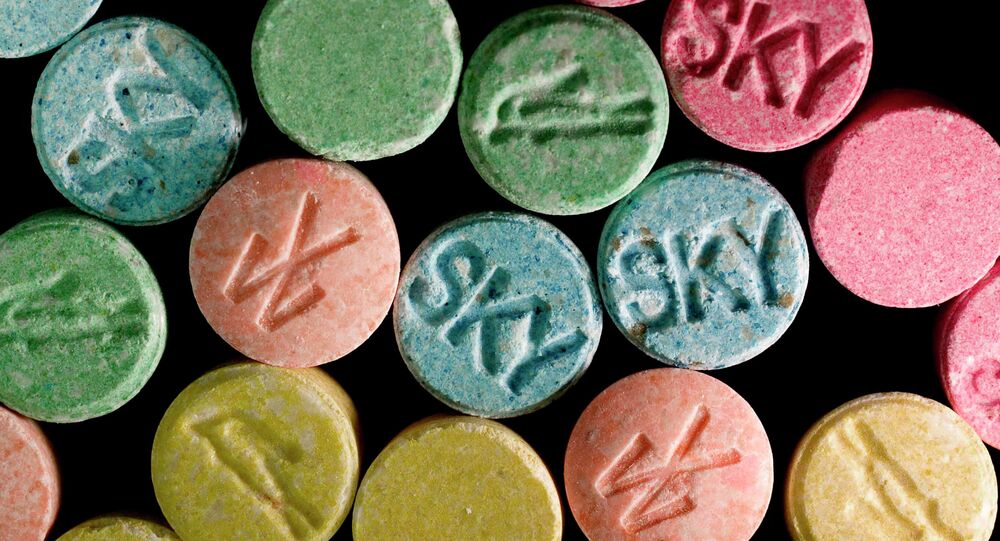 Three Men Sentenced for Trying to Sneak $2.5 Million in MDMA Into New Zealand

Three Israeli citizens have been sentenced to years in prison after they tried to smuggle a shipment of MDMA worth $2.5 million into New Zealand earlier this year.

© Photo : National Crime Agency
Stop Right There! Boat Carrying $260Mln Worth of Cocaine Seized in the Atlantic
According to the customs service, in January 2017 the trio attempted to sneak 8.7 kilograms of MDMA crystals worth $2.5 million inside wooden hidden compartments in their briefcases into Kiwi Country. The wannabe smugglers were busted after the customs service at Auckland Airport conducted an x-ray search, NZ Herald reports.

​The police say the criminals counted on heavy visitor traffic during the high tourist season to offer them some cover. The criminals were sentenced after a nearly year-long investigation.

"Criminal syndicates may think they can get away by sending drug couriers during peak travel times because Customs is focused on clearing passengers," says Peter Lewis, customs manager at Auckland Airport.

"While this is true for our legitimate travelers — we wear two hats and are just as focused on catching criminals," he added, according to Stuff.

The website says the price for ecstasy on the streets of New Zealand is one of the highest in the world, making this black market very appealing for drug cartels.

While $2.5 million is surely a hefty sum, it has been beaten by a lone French smuggler who attempted to bring 24 kilograms of cocaine to the country. The police apprehended the 26-year-old French national in the coastal city of Paihia.

The weighty luggage (for comparison, it's equal to five five-liter kegs of water, more than your office water cooler bottle) is estimated to be worth between $6.8 million and $7.56 million, Xinhua reports.

A French national allegedly tried to smuggle 24kgs of cocaine — estimated to be worth between $6.8 and $10.8 million — into New Zealand on a cruise ship. https://t.co/Djc99cn8sL pic.twitter.com/cmCXw50S8S

​Once again, customs used the catch to boast about the high alert level of their border guards.

"We hope this sends a strong message to those seeking to traffic drugs: New Zealand border and law enforcement partners are working together to catch you, and not just at airports," Customs Minister Meka Whaitiri said in the statement.

The man is charged with possession for supply of a class A drug and faces a maximum penalty of life imprisonment, according to Newshub. However, the man may face additional charges as well.

Spanish Police Detain Vessel With 3.8 Tonnes of Cocaine on Board