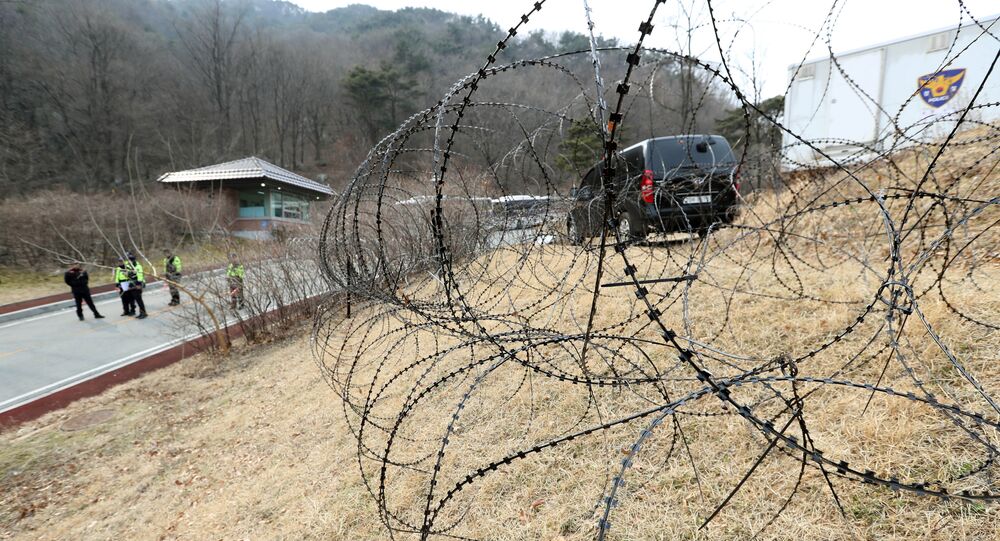 Normalization between the two countries is likely to have a positive effect on the resolution of the crisis on the Korean Peninsula. However, analysts warn that there are still some unresolved issues between Seoul and Beijing, including the security issue.

The developments of the past week may mark a turning point in Chinese-South Korean relations, after their ties have been overshadowed by a standoff over the deployment of a US anti-missile system, an article in The South China Morning Post read.

On Saturday, South Korean President Moon Jae-in ended his visit to China. The two sides agreed to join efforts to reach a peaceful resolution to the North Korean nuclear crisis.

"We should say, springtime is expected. We also all want China and South Korea relations to move forward in a stable and healthy manner," Chinese Prime Minister Li Keqiang said.

Relations between Seoul and Beijing soured nearly a year ago over the deployment of the Terminal High Altitude Area Defense (THAAD) in South Korea. The Pentagon said the deployment was due to the possible nuclear and missile threat from North Korea. Beijing, however, insists that the THAAD could be directed against China and the deployment will not help ease tensions on the Korean Peninsula. In response to the THAAD installation, Beijing imposed sanctions on South Korean companies working in China.

Following the recent visit, the South Korean president’s office said that Moon Jae-in and his Chinese counterpart Xi Jinping have agreed on a four-point set of principles to find a peaceful solution to the crisis on the Korean Peninsula through negotiations. Xi also agreed to work with Seoul to pressure Pyongyang to return to the negotiating table.

© AP Photo / Ding Lin
In this Nov. 11, 2017, photo released by China's Xinhua News Agency, South Korean President Moon Jae-in, left, and Chinese President Xi Jinping shake hands as they pose for a photo during a meeting on the sidelines of the Asia-Pacific Economic Cooperation (APEC) Forum in Danang, Vietnam.

Cheng Xiaohe, an associate professor of international relations at Renmin University in Beijing, pointed out this landmark turn in Beijing’s policy.

"There was no such consensus between China and South Korea before," Cheng told the South China Morning Post. "Now it seems China has made some changes to its stance on pressuring North Korea and strictly implementing UN sanctions, which was something South Korea wanted."

© AFP 2021 / MENAHEM KAHANA
Return to Normalcy: South Korea, China Agree to Restore Ties After THAAD Standoff
Political analysts, however, warn that for China and South Korea, it will take time to overcome the dispute. In addition, Beijing is not believed to be abandoning its stance on the THAAD deployment, which may entrap South Korea between the US and China, according to Lee Jung-nam, a Chinese affairs specialist at Korea University’s Asiatic Research Institute.

Lee said that in economic terms, China and South Korea are competing intensely on the global market, but what is more important is the security issue.

"China is becoming strong … and is seeking a leadership role in the international community, which means the strategic rivalry between China and the US is expected to be more substantial," the analyst said, adding that the THAAD deployment is likely to remain a potential thorny issue in bilateral relations.