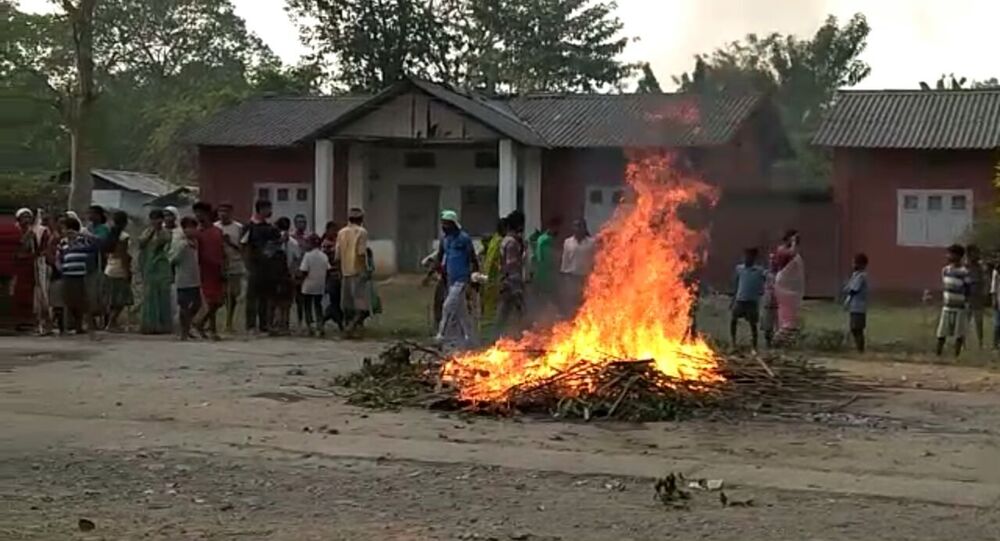 Assam – the world’s largest tea producing region - has had a history of bloody clashes. In 2013, protesting laborers in Tinsukia burned alive the owner of a tea estate along with his wife. In 2010, a tea garden owner killed a 13-year-old boy during a work protest.

New Delhi (Sputnik) — Ten laborers of a tea garden in India's northeastern state were injured when their employers allegedly opened fire at them. The incident took place when a group of daily-wage laborers of the tea estate in the Golaghat district was staging a protest against the delay in disbursement of their pending wages and bonus. The condition of two of the injured is said to be critical.

Confirming the incident, a local police official told Sputnik that Sudhir Roy and Samir Roy-owners of the Bogidhola tea estate have been arrested and further investigation into the incident has been launched.

"The workers wanted 14% bonus but the management was willing to pay just 8.33%," Partha Pratim Saikia, deputy superintendent of police said.

© AP Photo / Anupam Nath
India-Bangladesh Border in Assam Goes High Tech to Curb Illegal Migration
According to local reports, on Wednesday morning, dozens of laborers reached the office of the management and staged a protest demanding early disbursement of their pending wages. Some of the protesters turned unruly and started setting ablaze outdoor furniture and trees. The irate owners then took out their pistols and started firing at them.

© Photo : Chanda Singh
Tea Garden Clash , Assam
The local authorities are keeping a close watch on the developments after the violence.

"It is an unfortunate incident that occurred in the tea garden and this should not be repeated again. A high-level inquiry should be conducted into this tragic incident," Kamakhya Prasad Tasa, Member of the Parliament from Assam told Sputnik.

Four bombs explode in Assam, northeast India, no one injured
Since September this year, prominent tea belt districts in upper Assam like Dibrugarh, Tinsukia, Sivasagar and Charaideo have been witnessing strong protests from laborers following the decision by some of the tea garden owners to delay the payment of their annual bonus that is usually awarded during the festival period of September-October.
...
Reddit
Google+
Blogger
Pinterest
StumbleUpon
Telegram
WhatsApp
22