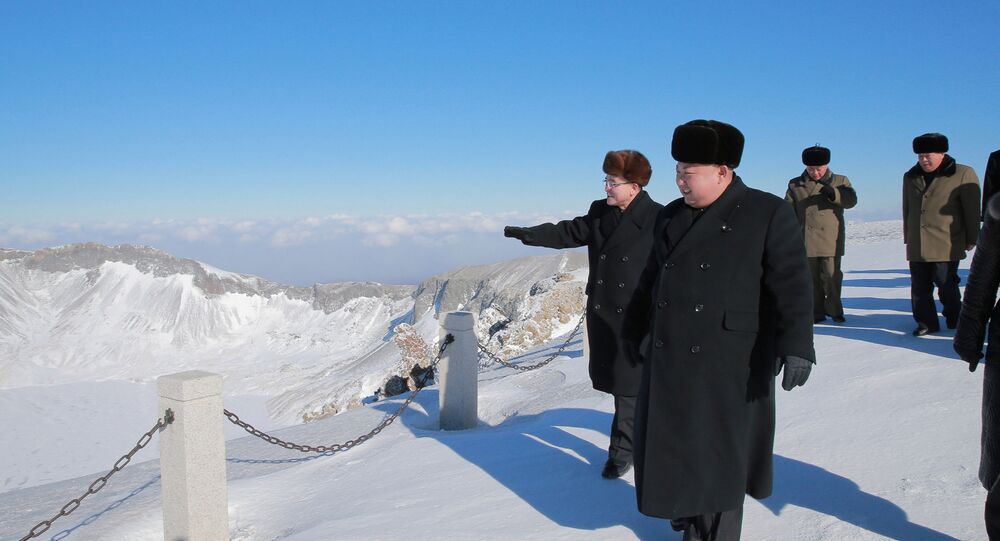 North Korea’s leader is a man of many talents, now his state media has revealed that he “controlled nature” while climbing Mount Paektu.

“When Kim Jong-un ascended to the top of it, going through thick snow, it showed fine weather unprecedented in the blizzard of December winter, exposing its majestic figure,”  state media reported.

Apparently Mount Paektu, which is an active volcano on the border between North Korea and China, wanted to “show joy at the appearance of the peerlessly illustrious commander who controls nature.”

© Sputnik / Iliya Pitalev
North Korea Slams US 'Nuclear Blackmail' During Talks With UN
The 2,744m high mountain allegedly has a special place in Korean folklore and has been used by the Kim family for generations. The leader himself was reported to have climbed it two years ago. The recent photos demonstrate him looking out into the distance from the top of the mountain while his associates show him around.

The official North Korean newspaper Rodong Sinmum wrote that Kim Jong-un had “often climbed” Mount Paektu but this was the first time in mid-winter.

The newspaper further wrote, “His eyes reflected the strong beams of the gifted great person seeing in the majestic spirit of Mount Paektu the appearance of a powerful socialist nation which dynamically advances full of vigor without vacillation at any raving dirty wind on the planet.”