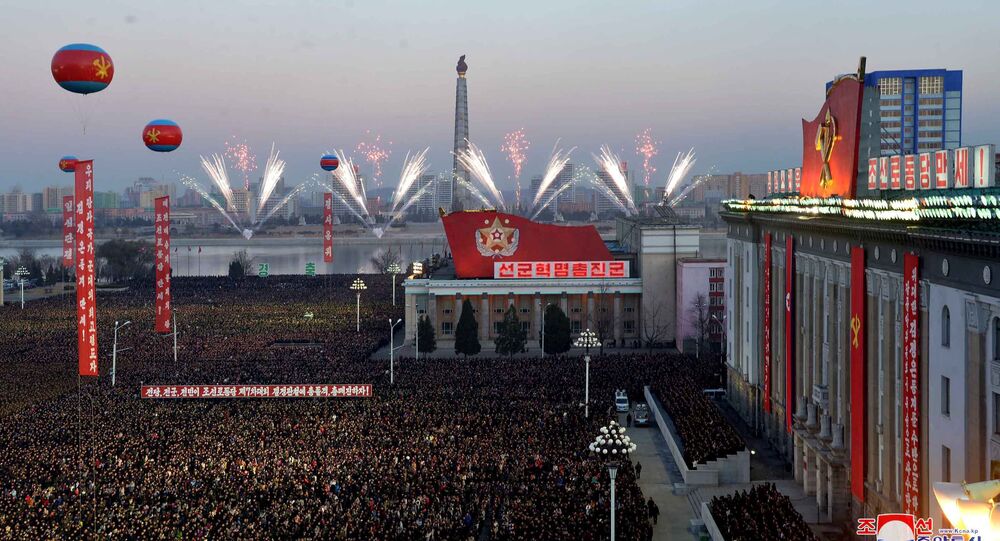 North Korea tested a new ICBM, which Pyongyang claims is capable of reaching any target in the continental United States.

The photos show the city's central square decorated in red with banners hanging around and thousands of people with hundreds of packed soldiers among them.

"We heartily celebrate the successful test launch of the Hwasong-15 which showed Chosun (North Korea)'s power and greatness to the whole world", one of the banners reads.

After the latest missile test "now no one can infringe our sovereignty and rights to survive and develop," Vice Chairman Pak Kwang-Ho of the party's decision-making Central Committee said, adding that the US had been "jolted" at the strengthening of North Korea's nuclear force and could attempt to commit "robber-like" provocative acts.

According to the top official, North Korea would respond with the "highest level of hard-line countermeasure in history."

The Friday festivities were attended by key military and political figures, while North Korean leader Kim Jong-un missed the celebrations. However, the leader was seen celebrating the launch on Wednesday, after it was accomplished, with the Korean Central News Agency (KCNA) publishing photos with a smiling Kim Jong-un inspecting missile equipment.

North Korea tested a new intercontinental ballistic missile, the Hwasong-15 on November 29, which Pyongyang claims is capable of reaching any target in the continental United States.

Following the launch, US Ambassador to the United Nations Nikki Haley urged countries around the world to sever their commercial, diplomatic, military and any other ties with North Korea.

Speaking at a UN Security Council meeting, she also said that the North Korean leader "made a choice yesterday that brings the world closer to war, not farther from it."

The situation around North Korea escalated in recent months, following a number of nuclear and missile tests performed by the country. The crisis, particularly, between Pyongyang and Washington reached its boiling point in September when US President Donald Trump threatened to destroy the Asian state, mocking the country's leader as "Little Rocket Man."

Tensions around North Korea are expected to rise in view of the upcoming South Korea-US drills with the mobilization of some 230 aircraft, including six US stealth fighter jets F-22 Raptor that arrived in South Korea earlier on Saturday.