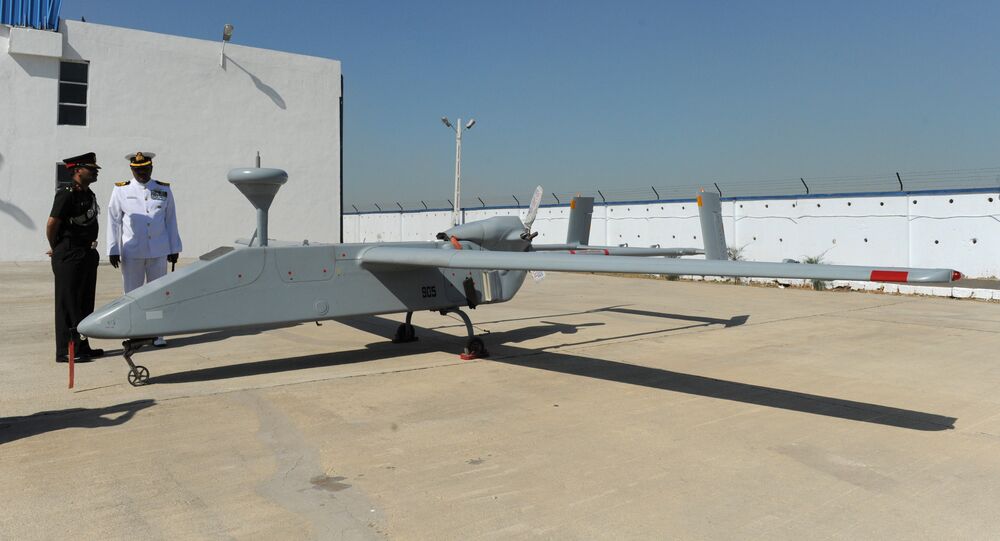 The Israeli-made Searcher MK-II UAV was on a routine surveillance mission when it crashed at around 10.25 am IST.

New Delhi (Sputnik) — A remotely piloted aircraft (RPA) owned by the Indian Navy crashed while taking off at Willingdon Island on Tuesday morning. It was part of the Kochi-based Indian Naval Air Squadron 342.

"No damage to property or human life. A Board of Inquiry is being constituted to investigate the cause of the accident," an Indian Navy official said about the mishap.

© Photo : Youtube/Himfact
India to Test Own Drone to Avoid US, Israeli Makes
However, a technical glitch is believed to be the cause of the mishap. The mishap occurred ahead of the arrival of India's Vice President Venkaiah Naidu at the naval airbase.

Israeli Aerospace Industries made Searcher MK-II spy drone is capable of flying 18 hours at a stretch and the Indian Navy used to deploy it at a height of 20,000 feet above the mean sea level.

Last year in March, the Indian Navy had also lost its second type of drone Heron due to engine failure.