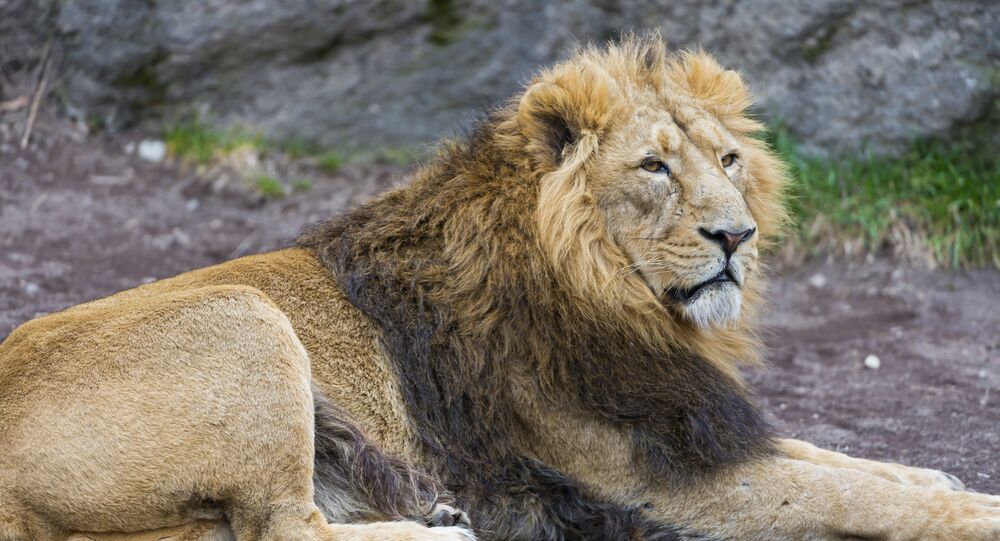 A minute-long video of a biker gang chasing away a pride of lions has emerged from the Indian state of Gujarat, prompting public outrage. Police are out to nab the gang.

New Delhi (Sputnik) — A gang of Indian boys on motorcycles are seen chasing a pride of lions in a viral video, prompting a deluge of outrage on social media. The video has caught the attention of the authorities who have swung into action to ascertain the source of the video and nab the gang to punish them.

A lion, lioness and their cub are seen running in every which way out of fear as the roaring bikes speed towards them.

Reports in the local media say the footage is that of an open field in the Amreli area of the Saurashtra region of India's western state of Gujarat.

© REUTERS / Andrew Kelly
Terrorist Attack in New York City Kills at Least Eight, Injures Dozen More (PHOTOS)
The state forest department has launched an inquiry to identify the culprits. The initial clue that the police have is the registration number of one bike visible in the video. "We are aware of the incident and are investigating. We are trying to find out the registration number of the bike, so that we can zero in on the accused. We are also trying to trace the Internet Protocol address from where the video was released," Chief conservator of forest (CCF), Junagadh Wildlife Circle (Gujarat), A P Singh was quoted by the local media.

The area where the video is shot is near the famous Gir Wildlife Sanctuary, home to the great Asiatic lions. The lion population has increased in the sanctuary owing to a better conservation program and the big cats have now spilled over to non-protected areas as well.