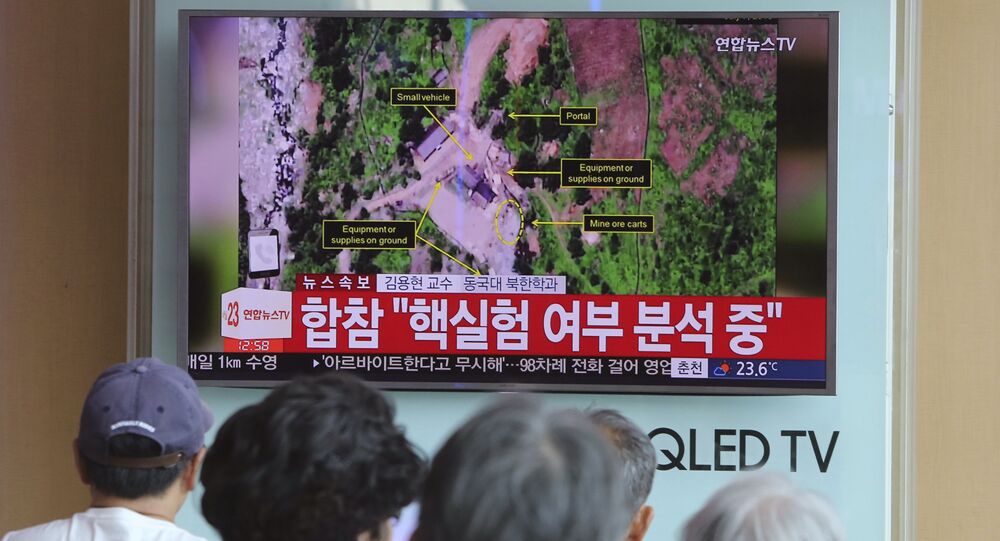 South Korea’s Nuclear Safety and Security Commission found 0.43 millibecquerel per cubic meter of a particular isotope of xenon that only exists as a result of a nuclear reaction. These radioactive particles, called radionuclides, were found in its analysis of local maritime, ground and air samples collected after Pyongyang detonated what it says was a hydrogen bomb, Yonhap reports.

On Sunday, the Democratic People’s Republic of Korea (DPRK) conducted its sixth and most powerful nuclear test to date, which it claims was a thermonuclear device or “hydrogen bomb.” It later claimed the weapon can be mounted on an intercontinental ballistic missile (ICBM) capable of reaching the US mainland.

The latest test comes despite sanctions by the United States and UN and international calls for Pyongyang to stop its nuclear development program.

After US Ambassador to the United Nations Nikki Haley called for more sanctions against North Korea, saying last week that the country was “begging for war,” the state-owned Korean Central News Agency described her comments as a "hysteric fit."

"The US administration will have to pay a dear price for her tongue-lashing," it warned.

During a White House press conference in August, US President Donald Trump said that the North is is "behaving very badly, and it's got to stop," but was unusually restrained in his rhetoric, which has over the summer been as fiery as Pyongyang’s. Trump said "I would prefer not going the route of the military, but it is something certainly that could happen."

In a statement, the Nuclear Safety and Security Commission said it was currently analyzing "how the xenon entered South Korean territory and will make a decision at a later time whether the material is linked to North Korea’s nuclear test.” It also stressed that the colorless noble gas will not “have an impact on South Korea’s territory or population."