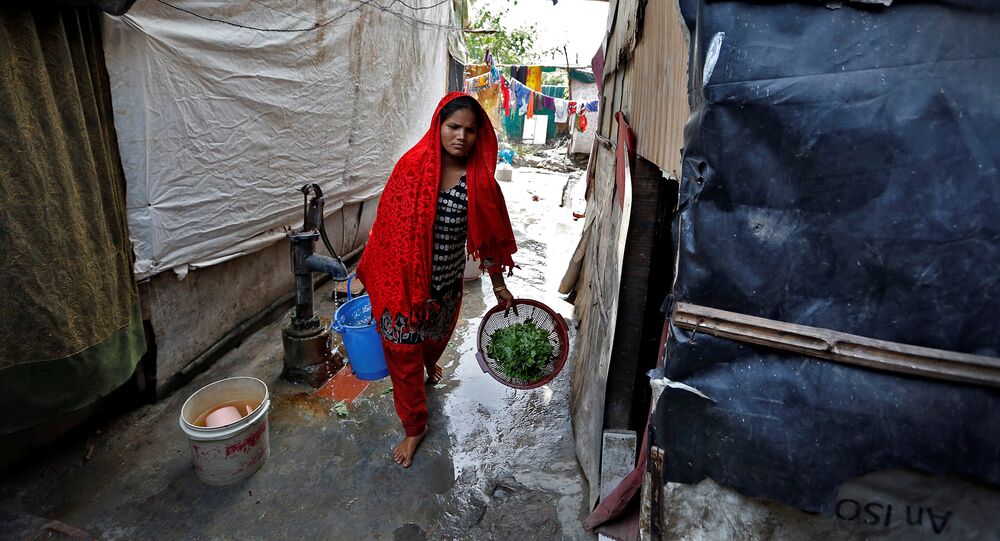 The United Nations World Food Program reported that an estimated 146,000 Rohingya have arrived in Bangladesh since violence broke out in Myanmar’s northern Rakhine state in late August.

GENEVA (Sputnik) — An estimated 146,000 Rohingya have arrived in Bangladesh since violence broke out in Myanmar’s northern Rakhine state in late August, the United Nations World Food Program (WFP) said in a statement on Wednesday.

"WFP is distributing food to people fleeing into Bangladesh to escape violence in Myanmar’s Rakhine State. An estimated 146,000 people have streamed across the border into the district of Cox’s Bazar since 25 August," the statement read.

WFP asked international donors for $11.3 million to support the Rohingya arriving to Bangladesh and those already living in makeshift camps there. The organization has been providing food assistance to some 34,000 Rohingya refugees in the country as well as 72,000 Rohingya living in camps since the previous outbreak of violence in Myanmar in October 2016.

© AFP 2020 / Thein Zaw
Myanmar Allegedly Laying Mines on Bangladesh Border Amid Rohingya Muslim Exodus
On August 25, Muslim insurgents attacked security posts in Rakhine. The attacks prompted a response by Myanmar’s authorities, resulting in clashes and the death of hundreds of Rohingya and forcing thousands of others to flee. The situation has been harshly criticized by the global community.

Rakhine is a site of frequent clashes between Myanmar's Muslims and Buddhists. Official authorities and the Buddhist population consider Rohingya to be illegal immigrants from Bangladesh. The conflict that started about a century ago has gradually escalated since 2011 before hitting its peak in 2012, when thousands of Muslim families sought asylum in the special refugee camps on the country's territory or fled to Bangladesh. Yet another escalation started in 2016.