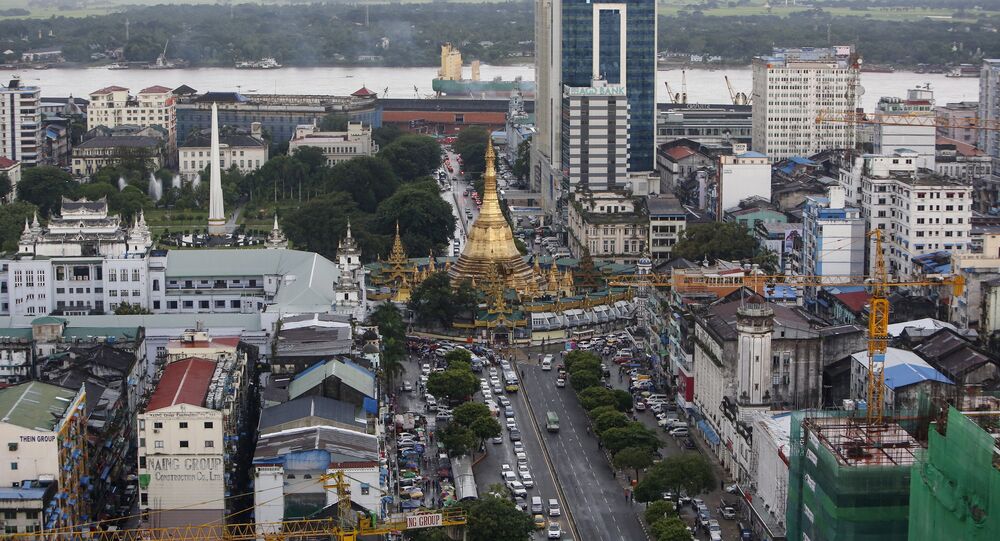 China has been wielding a strong influence in Myanmar, which has been a major cause of concern for India. Prime Minister Narendra Modi’s upcoming visit to the country is expected to turn the tables.

New Delhi (Sputnik) — India expects to give a new direction and dimension to its relations with Myanmar during the upcoming visit of Prime Minister Modi to the country.

“Prime Minister will pay a State visit to Myanmar from September 5 to 7, 2017 at the invitation of Htin Kyaw, President of the Republic of the Union of Myanmar. This will be Prime Minister Modi’s first bilateral state visit. Prime Minister will hold discussions with State Counselor Daw Aung San Suu Kyi on matters of mutual interest and also call on President U Htin Kyaw. Apart from his engagements in the capital city of Nay Pyi Taw, he will visit Yangon and Bagan,” India’s foreign ministry said in a statement.

© AP Photo
China Hopes India to Prevent Future Border Standoffs Like Doklam
Modi’s Myanmar visit is of great significance as India considers the country as the gateway to Southeast Asia and a key pillar of its ‘Act East’ policy. However, increasing Chinese influence over the country has been India’s biggest concern. Therefore, India is expected to find ways to expedite its infrastructure projects on a priority basis in view of China’s foray into building infrastructure in Myanmar.

“It has become imperative for India to re-energize its relations with Myanmar due to increasing Chinese influence in the region. India is trying to strengthen defense cooperation and is likely to step up the supply of defense equipment. Counter-insurgency is another area in which India wants cooperation from Myanmar,” Pravas Kumar Mishra, Senior Fellow in the New Delhi based think tank, Vivekananda International Foundation told Sputnik.

During his maiden visit to Myanmar, apart from bilateral issues, Prime Minister Narendra Modi will also discuss defense cooperation, counter-insurgency and bilateral trade. Both the countries will also discuss the Indian government’s plan to deport members of the Rohingya community who are illegally living in India after fleeing Myanmar.