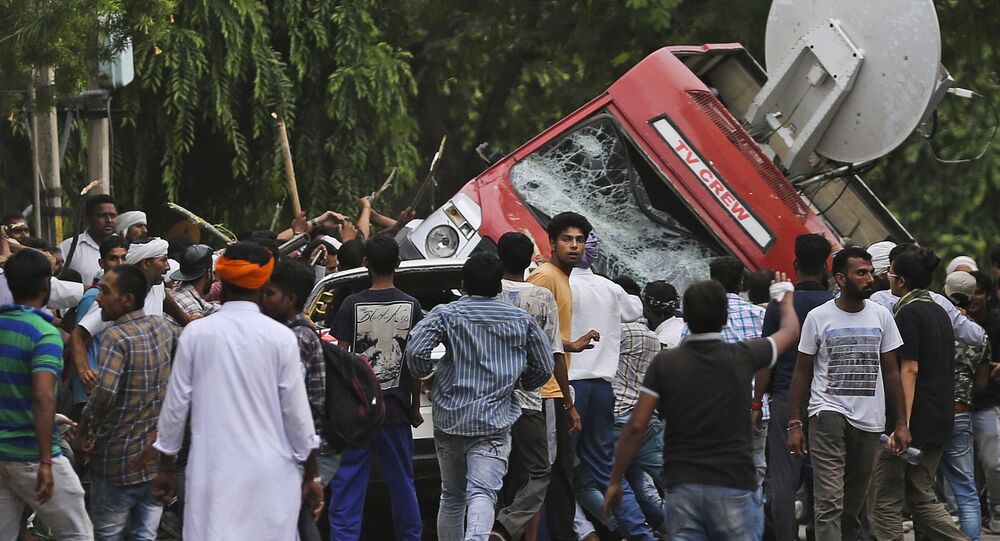 As many as 29 people were killed in clashes outside a court in Panchkula city in the northern Indian state of Haryana after popular religious leader Gurmeet Ram Rahim Singh was convicted of rape, local media reported on Friday.

Over a dozen deaths were reported within hours of the verdict by a local court pronouncing controversial Indian godman Ram Rahim Singh guilty of two counts of rape.

The administration has clamped a curfew in most of the parts of Haryana and adjoining Punjab to control the infuriated mob of Rahim’s followers. Hundreds of people have been injured as supporters clashed with security forces and pelted stones at the police and media vans.

​More than 25000 armed personnel had been deployed by Indian defense ministry & home ministry since the last three days in anticipation of violence by followers of Ram Rahim who has a cult following among Haryana & Punjab's lower castes.

This is in Delhi. What are they thinking.. #RamRahim will be released because they burn trains.
pic.twitter.com/S5sHaq2SKD

​​Security forces used teargas shells to disperse the unruly mob in Sector 3 of Panchkula. In Muktsar, followers hurled a crude bomb bombs at a petrol pump. The Indian Army personnel had to take things in their hands after the cops were rendered helpless by the infuriated mob.

State police had ordered a suspension of mobile internet services and rail & bus services for last two days to stop mobilization of followers from different parts of the country.