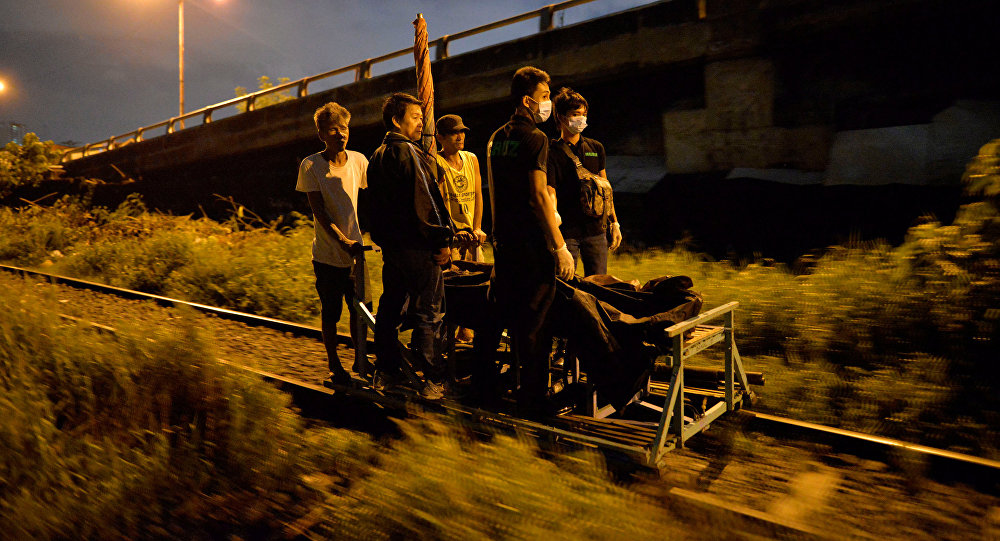 Community leaders in the Payatas district of Manila’s Quezon City neighbourhood say the area has issues with drugs and crime, but said the testing was completely terrifying.

President Rodrigo Duterte’s war on drugs has been raging for over a year and has seen more than 12,000 Filipinos killed, by some estimates, including dozens of Payatas residents. Critics of the violent crackdown, including many international human rights organizations, say the president has given tacit approval to extrajudicial killings, and that many of the deaths of “criminals” are suspicious.

More than 300 of Payatas’ 130,000 residents were already on a watch list of known addicts drafted last year by community leaders, according to people in the neighborhood.

Activists say these documents effectively serve as hit lists, and though officials say they’re used to identify people who need rehabilitation, the lists are actually used to target people for assassination.

Community leaders deny this claim. "These tests are voluntary," said Quezon City Police Chief Guillermo Eleazar, who contends that police are just trying to help. "We are not forcing anyone to do it; that is illegal and we will not allow it."

Some Payatas residents agreed to be tested Wednesday, but police didn’t say how many tested clean and officials have not said what will happen to people who refused to be tested or are found to be using drugs.

Payatas District Secretary Marlene Ocampo said "Our goal is to have a drug-free [district] this year … We only asked the police to help us and we are grateful." She claimed that there were no complaints from residents and that many agreed to be tested.

Edre Olalia, head of the National Union of People’s Lawyers, doubts that testing was voluntary and said police were engaging in a ruse to compile a list of drug users.

"It is presumably illegal and unconstitutional on its face especially when it is blanket, involuntarily and arbitrary … It violates the right to privacy and against self-incrimination and basic human dignity. It is anti-poor and discriminatory," he said, according to Reuters.

The drug war and its "One-Time, Big-Time" operations are a topic of discussion again after 90 people were killed last week during an anti-crime maneuver, including 17-year-old Kian Loyd Delos Santos.

Though Duterte stands behind the campaigns in general, he said in a Wednesday speech that any officers who use lethal force unnecessarily would be punished.

"You are not allowed to kill a person that is kneeling down begging for his life. That is murder," he said. "When I say you get him, it includes doing the arresting and then if there is a violent resistance, they [police] have to defend themselves."