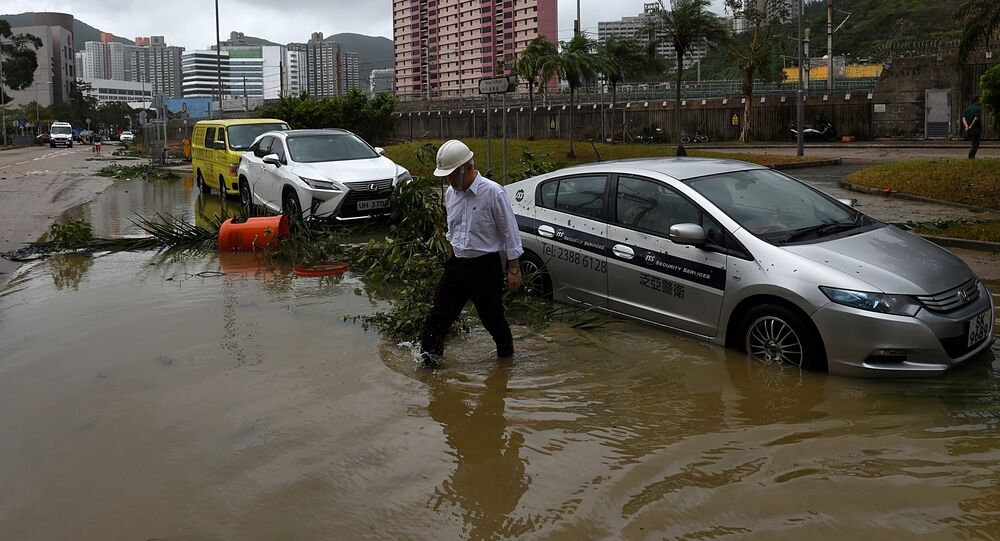 Typhoon Kills At Least Three People, Injures 20 Others in Macau

Typhoon Hato in China's special administrative region of Macau killed at least three people, according to the statement of the Macau Health Bureau.

MOSCOW (Sputnik) — At least three people were killed and 20 others were injured in China's special administrative region of Macau due to Typhoon Hato that hit the country's coastal provinces, the Macau Health Bureau said in a statement on Wednesday.

"Three injured male patients were admitted to the emergency room at the Hospital Conde S. Januario during the Typhoon Hato. They were aged between 30 and 62 years… All of the three patients died at the hospital from their injuries," the statement said.

According to the statement, 20 more people were injured and sent to the same hospital for treatment.

The typhoon season annually affects the countries in the Pacific Ocean, bringing destructions to infrastructure and killing people.

Over 100 People in Taiwan Left Injured by Typhoon Nesat