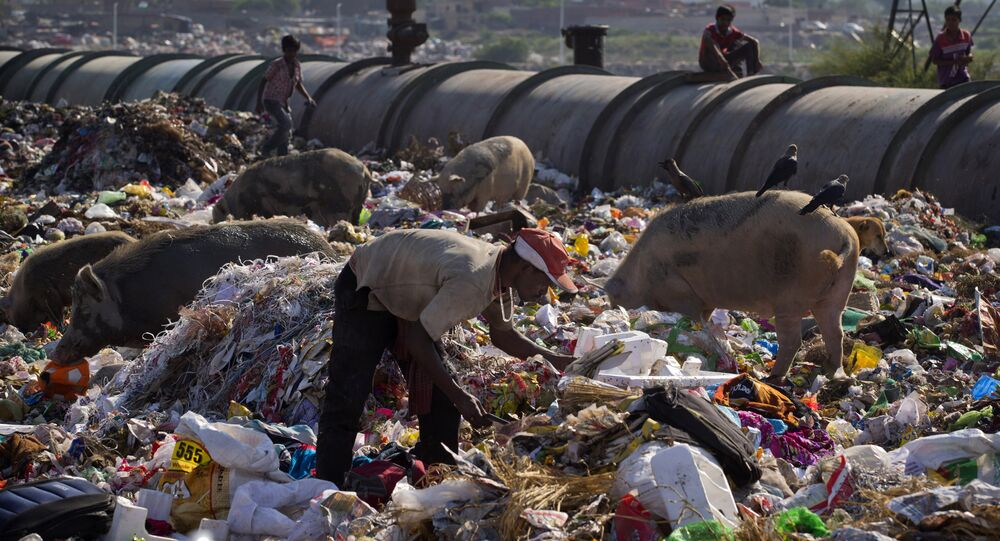 Life in the Gutter: Ten Manual Scavengers Die in Delhi Within a Month

Manual scavenging continues to thrive as an unorganized profession in India despite a ban. Sanitation workers don’t have proper training about conditions inside drains.

New Delhi (Sputnik) — Another sanitation worker died on duty in the Indian capital on Sunday taking the death toll from such incidents to ten in less than a month. The latest incident occurred when four men inhaled toxic gas while cleaning a sewage tank of a local hospital. While one of them reportedly died on the spot, three others are fighting for their lives in the hospital.

Manual scavenging is the practice of cleaning, carrying, disposing or handling human excreta from dry lavatories and sewers and is prohibited under the Prohibition of Employment as Manual Scavengers and their Rehabilitation Act. According to the Act, “no person, local authority or any agency shall engage or employ, either directly or indirectly, any person for hazardous cleaning of a sewer or septic tank.” It is a non-bailable criminal offense and warrants at least five years in prison.

The practice was banned in 1993, but is still prevalent in most parts of India and claims hundreds of live each year. In the capital alone, more than 80 people have died while cleaning drains and manholes since 1994.