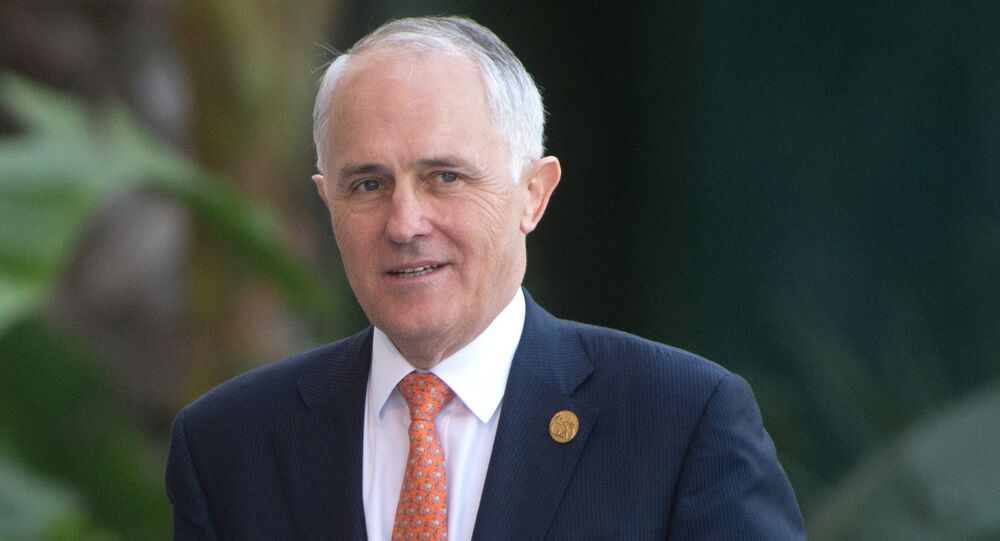 According to reports, Australian Prime Minister Malcolm Turnbull said that a vote on legalizing same-sex marriage could be held by the end of year.

"We made a commitment to give all Australians a say on the matter of same-sex marriage and we did so again and again… Now, we have made a very clear commitment here and we are sticking with it. It's been considered in both our party rooms — in the Liberal Party Room and the National Party Room — and both our party rooms, as you know, overwhelmingly support the commitment that we made," Turnbull said at a joint press conference with the country's Acting Special Minister of State Mathias Cormann, as quoted by the parliament's press service.

Speaking about the proposed vote, Cormann noted that it could be carried out either via referendum or postal vote.

"If the Senate supports the government's preferred option of a compulsory attendance plebiscite, that would take place on the 25 November… If that is not successful and we pursue the alternative postal vote option, our timetable is to secure a final result by the 15 November, which equally would facilitate consideration for the final sitting fortnight of the relevant Private Member’s Bill should the plebiscite vote be positive," Cormann said, as quoted by the press service.

In October 2016, the government planned to hold a national referendum on legalizing same-sex marriages, but the opposition Labor Party party blocked the initiative.

Same-sex marriage is legal in a number of countries across the world, including Belgium, Canada, France, New Zealand, the United Kingdom, and others. In July, the German Bundestag approved the law on the legalization of same-sex marriage.