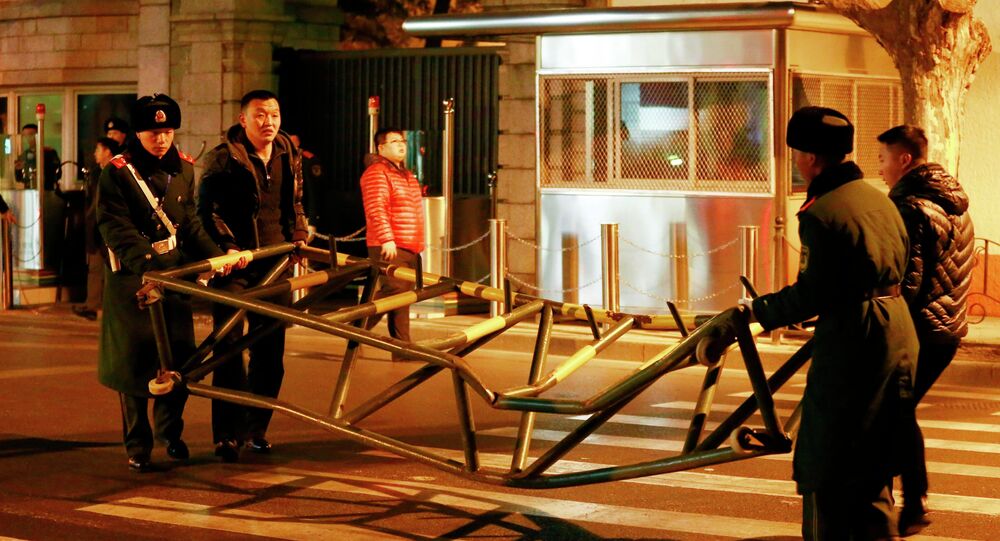 The Consulate-General of China in Los Angeles expressed serious concern after an unidentified gunman opened fire in front of the consulate on Tuesday morning.

"We demanded the US side to adopt all necessary measures to make sure the security of the office place and diplomatic staff of the consulate and meanwhile to make clear the specific situation of the event as soon as possible," read a statement posted on the consulate's website.

A man opened fire at the Chinese consulate in Los Angeles on Tuesday morning, then took his own life in his nearby car, police said, Reuters reported on Wednesday.

There were no other injuries in the shooting, which took place at about 6 am before the consulate was open for the day, said Officer Michael Lopez of the Los Angeles Police Department.

"Numerous rounds impacted the Chinese consulate," Lopez said, adding that the man was discovered in his car dead from a self-inflicted gunshot wound, the Reuters report said.

Authorities did not immediately identify the gunman or released other details about the incident as of the press time.

Lopez said police did not typically release information about suicides.

The Xinhua News Agency reported on Wednesday that the gunman was in his 60s and possibly of Asian appearance, according to consulate officials who cited police.

The Xinhua report also cited consulate security staff as saying the gunman fired his weapon at least 17 times, leaving bullet holes in the windows and facade of the consulate building.

In 2011, a naturalized US citizen originally from China was arrested after police said he opened fire at the same building with a handgun. There were no injuries in that incident, Reuters reported.