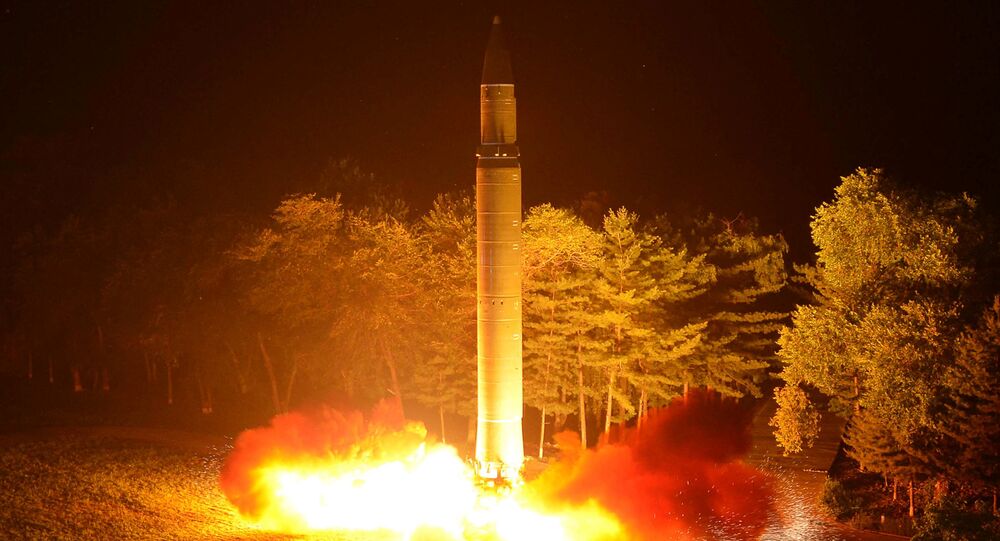 "Australia supports defensive measures under way in the region which are a necessary response to the threat posed by North Korea’s behaviour and policies. The escalation of regional tension is entirely the responsibility of the North Korean regime," the statement read.

The South Korean president said earlier he wanted extra THAAD missile launchers to be deployed to the country’s south. China condemned this move as a threat to its military potential. The South Korean defense minister also spoke of plans to bring other US "strategic assets" to the peninsula.

In their joint statement, Australia’s Prime Minister Malcolm Turnbull, Foreign Minister Julie Bishop and Defense Minister Marise urged China to use its leverage on Pyongyang to "dissuade" it from going ahead with its UN-banned nuclear and ballistic missile program.

North Korea’s Friday night launch was the second ICBM test in less than a month. Pyongyang has been sharply criticized by the United States, South Korea and Japan for violating UN resolutions, while China has called for caution to prevent tensions from escalating.