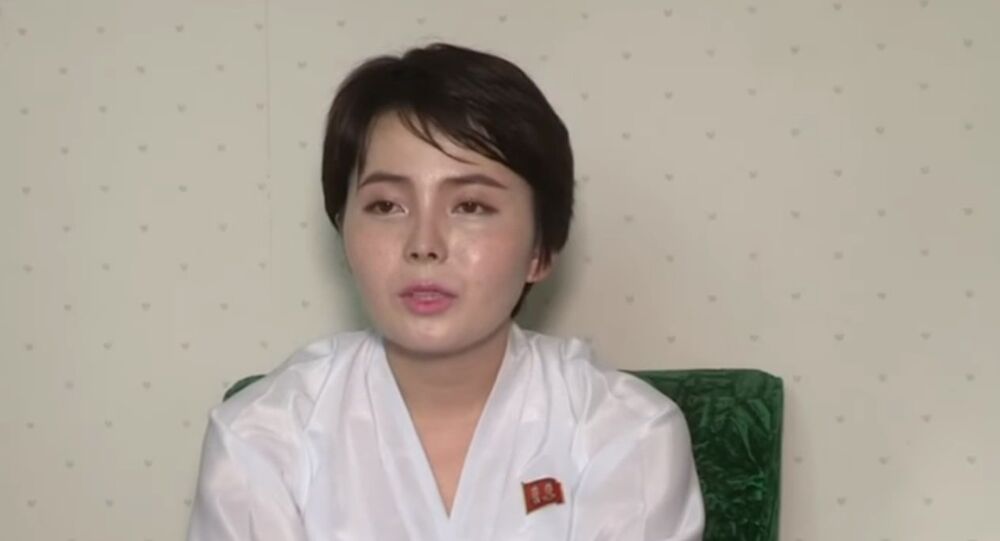 South Korea is investigating the case of a North Korean defector who returned to the North to escape the “hell” she was experiencing in the South, where she said "money is all that matters."

The Seoul Metropolitan Police Agency said on Wednesday they were looking into how the woman, known in the South as Lim Ji-hyun, who defected in January 2014, made her way back to North Korea to appear in a propaganda piece blasting the South.

​Authorities are trying to determine whether Lim was abducted or left of her own volition.

Other defectors who went back North have appeared in similar programs, and the trend has led to speculation that ex-defectors are being kidnapped or coerced into returning out of fear for their families’ lives.

In an online video posted to state-run website Uriminzokkiri Sunday, Lim appeared wearing a traditional hanbok silk robe and introduced herself as Jon Hye-song, saying that she "returned home" to South Pyeongan Province in June to live with her family.

She said life in South Korea was "miserable."

"I went to South Korea harbouring this fantasy that I would able to eat and live well and make a lot of money there, but the South was not the place I imagined," she said, according to the Japan Times. "Every single day in the South was like hell. Every night … I cried thinking about my motherland and my parents in the North."

The former defector also said that a South Korean television station pressured her into lying about how unhappy she was in the North. She called herself “human trash” for besmirching her birth country.

"Everything I said on TV was scripted … to make North Koreans look barbaric, ignorant and stupid," she said. The woman did not reveal how she made her way back to the North.

More than 30,000 people have fled to the South from North Korea since the 1990s, when famine struck the country.

One defector who remains in Seoul, Lee So-yool, said that Lim/Jon would have broadcast those statements whether she was forced or not. In a Monday YouTube broadcast, Lee said, "She has to do it once she is back in the North. She has no choice in order to survive."

China Has No Military Contacts With North Korea Amid Escalating Crisis