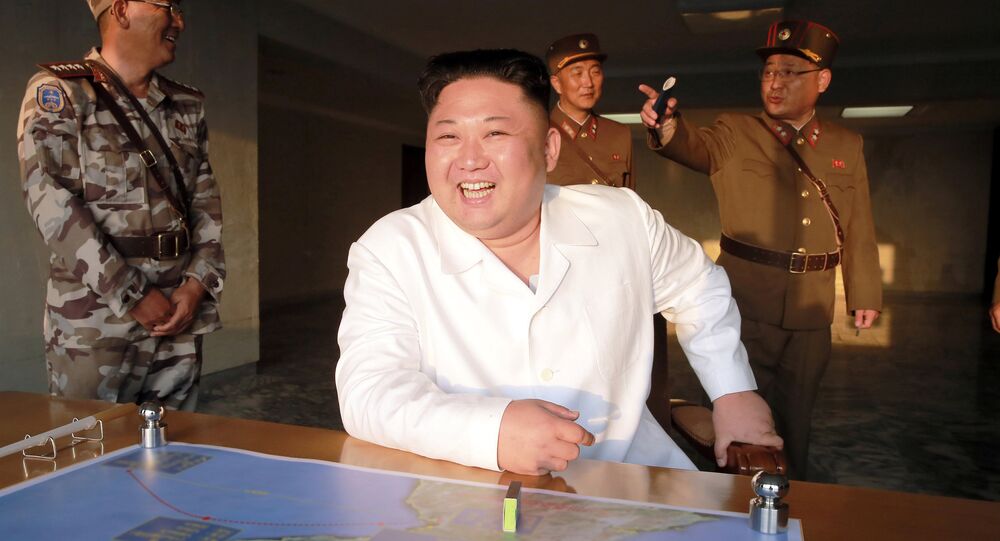 Developers of the Hwaseong-14 intercontinental ballistic missile, which was successfully launched on July 4, were personally conferred by the North Korean leader with the highest orders and memorable gifts: watches and collections of his quotes.

Delivering a congratulatory speech, the North Korean leader called the Hwaseong-14 launch "an event of historic significance, which fundamentally changed the strategic position of the DPRK and the political structure of the world."

"He [Kim Jong-un] expressed expectation and belief that scientists, technicians, workers and officials associated with the defense industry, will achieve even more success in this sacred struggle to provide the strongest military guarantee under the uplifted slogan 'Forward in the do-or-die battle for the country and people!' the Korean Central News Agency revealed in a report.

© AFP 2020 / JUNG Yeon-Je
NATO Calls for More Pressure on North Korea Over 'Unprecedented' ICBM Launch
Particularly distinguished contributors to the successful ICBM test-launch received the highest orders of the DPRK, the Order of Kim Il Sung and the Order of Kim Jong Il, and the Title of DPRK Hero, as well as watches with the names of the country's former leaders and books with Kim Jong-un's quotations.

On July 4, North Korea announced that it had successfully launched its intercontinental ballistic missile, the Hwasong-14, at 00:39 GMT. The missile traveled 930 kilometers and reached an altitude of 2,802 kilometers during its 39-minute flight before "accurately hitting the target waters in the open sea" in the Sea of Japan, the announcement said.