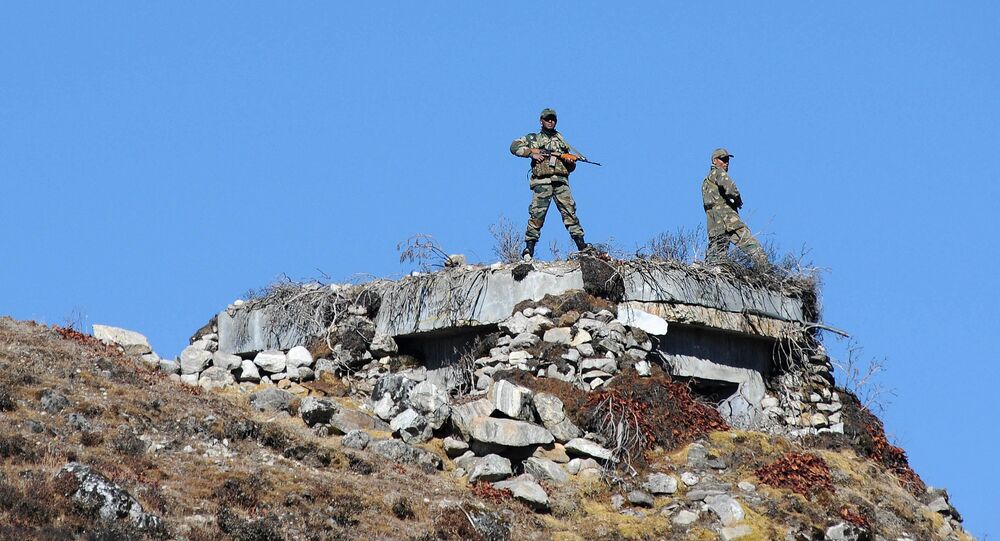 The war of words between India and China intensified even as the top leadership in both nations is likely to hold informal talks on the sidelines of the G-20 Summit meeting in Hamburg, Germany later this week.

A Chinese foreign ministry spokesperson said India's latest position on the boundary dispute amid stand-off in Sikkim contravenes its traditional stance from the days of the country's first Prime Minister Jawaharlal Nehru and successive governments.

"The border between the two nations in the Sikkim sector is well demarcated under the 1890 Sino-British Treaty. Former Indian Prime Minister Jawaharlal Nehru endorsed the 1890 Sino-British Treaty on Sikkim in a letter to his then Chinese counterpart Zhou Enlai in 1959. Successive Indian governments have also endorsed this. I would like the Indian side to respect the 1890 treaty immediately and pull back the border troops which have crossed into Chinese territory back to the Indian side of the boundary. China will take all necessary measures to safeguard its territorial sovereignty," PTI quoted Geng Shuang, Chinese foreign ministry spokesperson, as saying.

Geng also blamed India of using Bhutan to shield its "illegal entry" into the Doklam area with the Chinese government.

India has disputed the Chinese reference to the 1890 treaty, saying that a 2012 agreement between the two sides, requires the involvement of a third party (Bhutan, in this case) where dispute involves it. Bhutan has lodged a protest with China for attempting to change the status quo.

© AFP 2021 / Agnes BUN
India Concerned Over Chinese Construction In Sikkim Sector
Meanwhile, India on Sunday deployed more troops in Sikkim in "non-combat mode", after the Chinese army attempted to build a road in the strategically located Doklam region, referred to as Donglang by the Chinese.

The face-off between the two sides is already being termed as the longest since fighting a war in 1962 with an escalation in war of words from both sides.

The Chinese foreign ministry also dismissed Indian defense minister Arun Jaitley's remarks that India of 2017 is different from what it was in 1962. Beijing said that China too is different and will take "all necessary measures" to safeguard its territorial sovereignty.

Jaitley had responded to China's oblique reference to the 1962 war and asking India to learn "historical lessons".

Indian experts said a confrontational tone between India and China will do no good to both nations.

"The repeated border conflicts doesn't do well either to China or India and their reputation as both are rapidly emerging as major global players. But the conflict is also a signal that both countries need a sustained mechanism to coordinate these issues. They should work on sustaining dialogue to resolve this longstanding dispute," Dr Swaran Singh, Professor at the School of International Studies, in New Delhi-based Jawaharlal Nehru University, told Sputnik.

China halts pilgrimages, but not trade, through Nathu-la because trade blockage will risk inviting broader Indian trade reprisals against it pic.twitter.com/RS1Zt6p0aM

​Has Indian PM Modi's visit to the US and his meeting a factor in recent Chinese actions?

"It could have because as President Trump has broadly continued the US policy towards India as developed by his predecessors. This is when he has changed major policy stances of the Obama administration on major issues, but with India, the broad contours of cooperation such as freedom of navigation, strategic partnership etc remains unchanged," Singh added.

Get Ready for Rising China-India Tensions