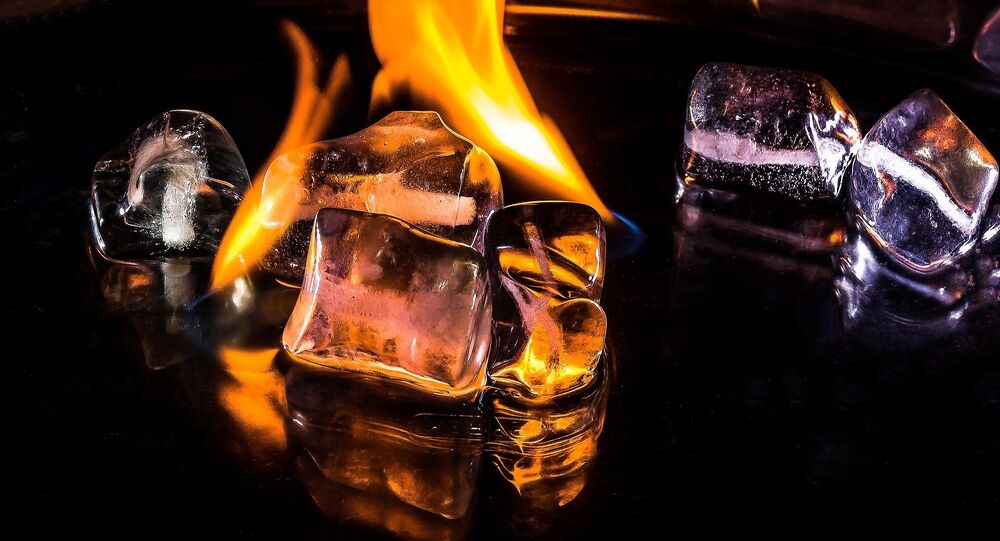 As China celebrates its success in extracting natural gas from ‘fire ice’, it’s still unclear whether Beijing has made a significant technological achievement and revolutionized the energy industry.

© AFP 2021 / KAZUHIRO NOGI
Seeking Energy Security, China, Japan Race to Tap 'Fire Ice'
Earlier China proudly announced that the country for the first time managed to successfully extract natural gas from methane hydrate deposits located in South China Sea near the delta of the Zhujiang river, and that the amount of extracted natural gas has exceeded all expectations.

But while Beijing hailed this accomplishment as a historic breakthrough that ushers a new era in the energy industry, many prominent analysts around the globe regarded the celebration as premature.

Igor Yushkov, lead analyst at the National Energy Security Fund, told Sputnik that China’s achievement can be compared to the new technologies developed in the US which made the shale gas extraction economically viable.

"And here’s the difference. China triumphantly reports the beginning of the ‘fire ice’ extraction but at the same time keeps quiet about how much it actually costs. This, of course, raises further questions because the cost of the extracted raw materials is what matters the most. It is the price, and nothing else, that will determine the commercial success of this Chinese technology and of the ‘fire ice’ extraction process overall," Yushkov said, adding that Japan launched natural gas extraction from methane hydrate deposits back in 2013 but chose to suspend the operation because the new technology proved too expensive.

According to the analyst, China is well aware of this, and there are basically two reasons why Beijing chose to portray the successful implementation of the new process.

"It appears that the closer we get to the beginning of the 19th National Congress of the Communist Party of China where partial changes in the country’s leadership will take place, the more good news appears in Chinese media. From a propaganda standpoint, everything was done pretty smoothly. Chinese authorities seek to persuade their citizens that everything is fabulous in the country, which means that the people at the helm are doing their job right," he said.

The other reason, according to Yushkov, is pure economy, as the reports about China’s “historic breakthrough” natural gas extraction from methane hydrates came at "just the right time."

"Behind these reports is a veiled attempt to influence the prices of foreign natural gas suppliers, including Russia’s Gazprom which is currently negotiating new shipments with China. The price issue is very important to China as the amount of natural gas that the country imports increases each year. So the bombastic rhetoric and the lack of the most important info in the reports about China’s success in methane hydrate natural gas extraction leads one to believe that this event, which is being presented to the global community as a revolution in the energy industry, is largely a media project of the state-controlled Chinese news agencies," Yushkov surmised.

Methane hydrates are solid ice-like crystals formed from a mixture of methane and water at specific pressure and conditions, usually under hundreds of meters of water, or closer to the surface in Arctic permafrost. According to the US Energy Information Administration (EIA), worldwide reserves of global hydrate resources are estimated to range from 280 trillion cubic meters (10,000 trillion cubic feet) up to 2,800 trillion cubic meters (100,000 trillion cubic feet), more energy content than all the world's coal, oil and natural gas combined. At the current consumption rates globally, methane hydrate reserves could meet global gas demands for anything from 80 to 800 years.