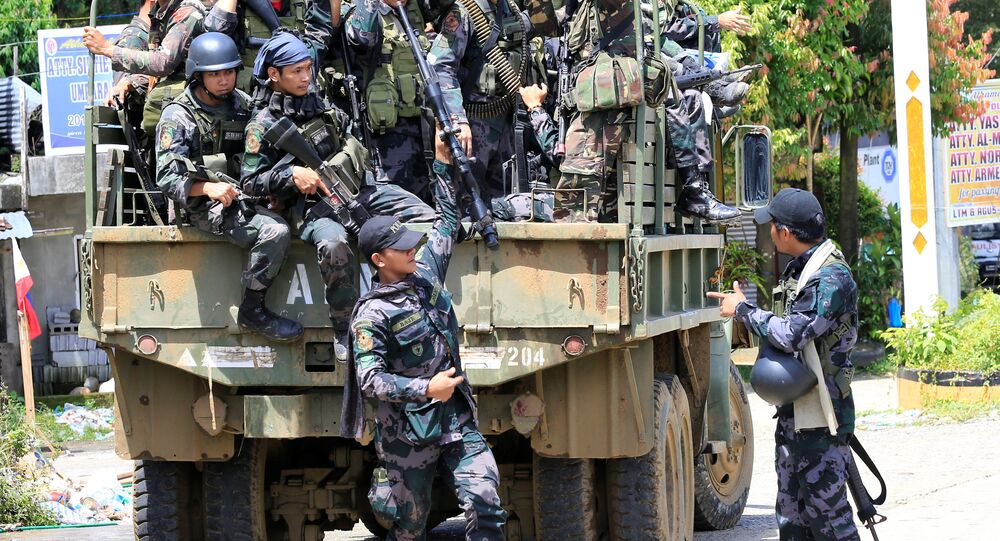 The Philippines is interested in purchasing Russian-made attack helicopters and smart weapons, Ambassador of the Philippines in Moscow Carlos Sorreta told Sputnik.

"We are also looking at the possibility of helicopters. Attack helicopters and attack smart weapons," Sorreta said in an interview published Monday.

The Philippines looks to purchase a portion of Russian weapons directly and take advantage of loans for more advanced arms, Sorreta added.

"We have a budget to buy certain items immediately. For the bigger items Russia has offered a system of loans, very good loan [terms]," Sorreta said in an interview published Monday.

"That's a combination, we will buy straight with the money, and then for the big items [there will be] financing," he stressed.

According to the ambassador, the Philippines expects to sign a weapons purchase contract with Russia by the end of 2017.

"I think we will conclude some purchase contract before the end of the year," Sorreta said in an interview published Monday.

© AP Photo / Bullit Marquez
How US Special Forces Interference May Affect Fight Against Daesh in Philippines
He specified that Manila is currently interested in buying Russian-made anti-insurgency weaponry.

"The arms we are looking at right now are for internal defense, meaning ground fighting, not for external defense. So these are mostly weapons that can be carried by soldiers," Sorreta said.

During his visit to Russia in May to meet Russian President Vladimir Putin, Philippines President Rodrigo Duterte expressed Manila's interest in advanced Russian weapons, including helicopters, planes, as well as precision-guided weapons to help combat the terror threat.