"I'm a hepatitis B carrier. I'm worried that the company I'm applying to will reject me for this reason. Do you have any suggestions?" a netizen asked on tianya.cn.

Similar questions are popping up on social networks as millions of college students are graduating and looking for their first jobs this summer. 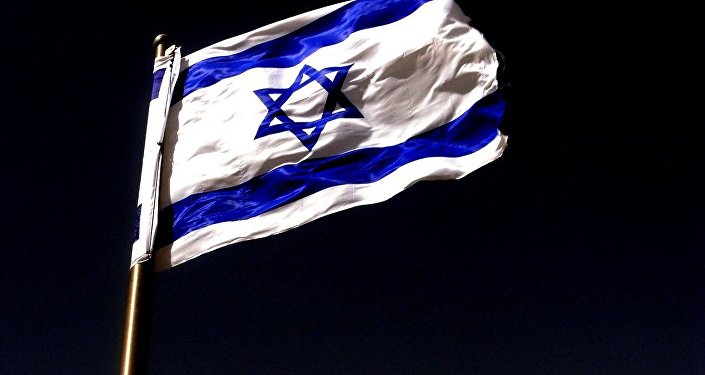 © CC BY 2.0 / momo / Israel National Flag
Undocumented Immigrant Arrested on Suspicion of Infecting Israeli Girlfriend With HIV
According to official statistics, 93 million people in China are infected with the hepatitis B virus, making up about a third of the world's total number of hepatitis B carriers. Every year, 330,000 people die of cirrhosis and primary carcinoma of liver caused by the hepatitis B and C viruses.

Blood and sex are the main ways the virus spreads, including through wounds inflicted during intercourse, blood transfusions and mother-to-child transmission.

While for most people, a company asking you to have a health check means you have pretty much definitely got the job, for hepatitis B sufferers, this last hurdle may mean their efforts were in vain due to the prejudice against them in the job market.

Despite the fact that the Chinese government has passed a series of notices to prevent employers from testing for hepatitis B, the prejudice remains and often results in discrimination.

"It is an unwritten rule that hepatitis B carriers cannot get a job," Jing, who just experienced a medical examination for a job, revealed to the Global Times.

As a result, many turn to "surrogates," which are recommended online to job-hunters in need. Hepatitis B carriers pay healthy people to take health checks for them, a demand which has birthed an entire illicit industry.

"We are dedicated to the examination business nationwide. We are professional and reliable," an agent for a physical examination firm claimed on its Sina Weibo account. "[We] enhance fair employment, and fight prejudice against hepatitis B [in the job market]," the post writes.

Such firms, easily tracked down online, are seen by many as their only hope to get into the industry of their choice.

Xiaorui, a fresh graduate, recently applied for a position at a Beijing financial company. He passed the interview, but before getting the job he was asked to do a medical examination. The result showed that he has liver problems. 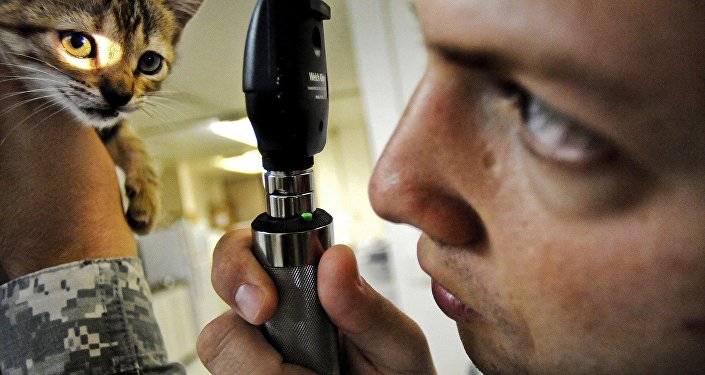 © CC0
Nine Lives Not Enough: Feline AIDS Threatens Danish Tabbies, Tomcats
Fearful, he sent the examination report to the firm's HR department, who then told him that his hiring had been postponed. "They asked me to have a liver examination again, until the result is normal. And I needed to check if I had hepatitis," Xiaorui told the Beijing Youth Daily.

Anxious about what these new tests might find, he paid a surrogate he found online 1,000 yuan to take the test in his place. Later he learned that several of his classmates had done the same thing. "It's always wise to play safe. Finding a job is hard today. People are buying reassurance," said Xiaorui.

Even though finding substitutes to undergo such examinations is tricky and dishonest, many from the "hepatitis group" still take the risk to secure their jobs.

These agents offer prices from around 1,000 yuan up to tens of thousands, depending on the employer. Fooling most companies, who are relatively lax when it comes to these tests, is pretty cheap. If these firms do not say the job candidate must go to a particular hospital, the agency's customer does not even have to show up to the test in person.

But deceiving an official institution or government department is expensive because the examinations they require are harder to get around.

© AFP 2019 /
Netizens Take On China's Craziest College Admissions Questions
Because if the process is strictly carried out, the agent sometimes needs to even forge false certificates for the surrogates based on the looks, age, and height of their customers. This is called a "complete service set" in which the surrogates totally go through the process themselves, as a report on workercn.cn once revealed. The price could be even higher if the agent needs to bribe the nurse.

Even though the agencies guarantee success, the customers need to do their home work too to make sure the plan goes off without a hitch. An article online that shares the tips for finding a surrogate says that one should "speak little, and keep in mind the information of the surrogate in case the doctor asks questions. Be calm and confident."

Asked about the legal risks, an agency worker told workercn.cn that "[This business] is investigated every year, but the market is still there."

An agent revealed to the Beijing Youth Daily that their business mostly concentrates on blood tests and that most of their blood-test customers are infected with hepatitis B or are hepatitis B carriers.

Behind this demand is prejudice fostered by society's lack of knowledge about hepatitis B. As seen in discussions online, many netizens are so clueless that they wonder whether sharing a dinner table with hepatitis B carriers could lead to infection.

Targeting such prejudice among employers, the national human resources, health and education authorities released a joint notice in 2010 which said that citizens should not be asked whether they are hepatitis B carriers and medical institutes should not provide examinations related to hepatitis B for school and job applicants.

Trump Fills the Swamp, Police Get Off in Charlotte, World AIDS Day
But there are ways to get around such regulations. To avoid punishment, some companies send job-hunters to military hospitals for hepatitis B examinations, because military hospitals do not belong to local health departments and it is hard for employees to report wrongdoing at these institutions. Some employers bribe hospitals to stealthily check for hepatitis B.

This flaunting of the rules has led to employers being taken to court. In January 2016, a man surnamed Lin sued a company in Hangzhou, East China's Zhejiang Province because the company checked his liver without his consent and then rejected him after finding out he has hepatitis B. Lin eventually won his lawsuit.

If the company wants to reject you over hepatitis B, they would not tell you the truth and find other excuses, like "you still have some way to go to meet the company's demand in quality," a former HR manager told the Beijing Youth Daily.

A matter of knowledge

While employers are content to violate the rules themselves, job seekers paying surrogates is a big headache for them.

"Legally speaking, it costs little for companies to violate the regulation, which is also why many companies carry out illegal examinations for hepatitis B," Yang Baoquan, a lawyer based in Beijing told workercn.cn, adding that companies that violate the rules are only fined a few thousand yuan and calling for more severe punishment.

"On the other, finding surrogates involves cheating," said Yang. If a labor contract is made based on such cheating "it is invalid, and the employers could dissolve the contract at any time."

To Yang, the prejudice against hepatitis B is a consequence of some employers lacking knowledge about the virus and thinking it is highly contagious, while some companies think employing hepatitis B carriers will offend other employees. The company that rejected Lin told him that they worried Lin might affect their other employees' work.

A netizen named Yaoweishuli revealed on Sina Weibo that recently, after he passed an interview for a position in a renowned education group, they asked him to provide examination results regarding hepatitis B among other documents.

"The prejudice against hepatitis B carriers never ends. I'm desperate, but what can I do?" Yaoweishuli wrote, calling for more publicity about hepatitis B to let the public know about its characteristics and thus eliminate baseless panic.

© AP Photo / Greg Baker
China to Upgrade Trade Development Office to Embassy
In 2006 the then health ministry published information about hepatitis B, but it seems this knowledge has not reached enough people to form a sensible public understanding of the disease.

As Zhu Yimin, professor for public health at Zhejiang University, once pointed out to Xinhua.cn that the publicity about hepatitis B has not reached deep enough into the public consciousness while fake advertisements exaggerating hepatitis B's dangers are rampant.
The government should make spreading knowledge about hepatitis B a long-term and systematic goal, added Zhu.