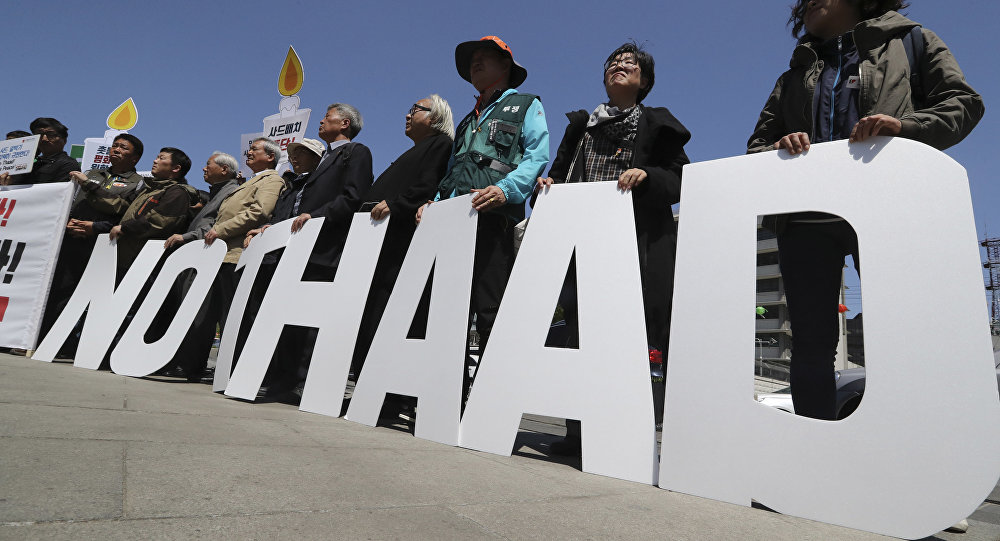 After late-night top-secret deliveries helped install the US’ controversial Terminal High Altitude Area Defense system (THAAD) on a South Korean golf course, residents of Seongju County have been stopping vehicles heading for the deployment site and checking to see if people are bringing more parts. The tactic has heightened tensions with police.

Anti-THAAD protesters set up a checkpoint a little over a mile away from the site of the anti-missile system, prompting law enforcement to declare the act an illegal inspection. Police announced Wednesday that they intended to dismantle the checkpoint and remove those conducting the stops. 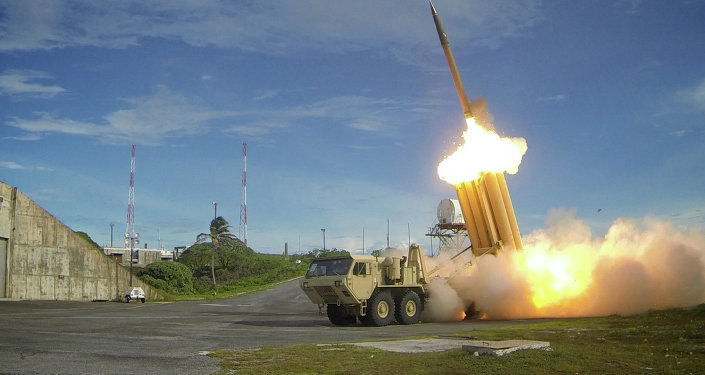 On Thursday, protesters responded to the police announcement by staging a rally in front of the Soseong-ri town hall, with 50 locals setting up plastic chairs and refusing to move.

Two hundred police officers stationed in a parking lot near the town health center demanded the demonstrators "Remove all the tables and parasols on the road. It’s a violation of the road traffic law!" according to Korea Joongang Daily. They warned that the items would be removed by force if protesters didn’t comply with the order.

​"It is illegal for residents to inspect vehicles passing through the road,” one officer said, adding that removing them forcibly, however, could prove difficult as it “could bring about a clash with the residents."

THAAD’s first components were delivered in early March, with missile launchers, the X-band radar and other important components arriving on April 27. About 8,000 police clashed with residents who gathered at the Soseong-ri town center after hearing about the late-night deliveries to the deployment site. 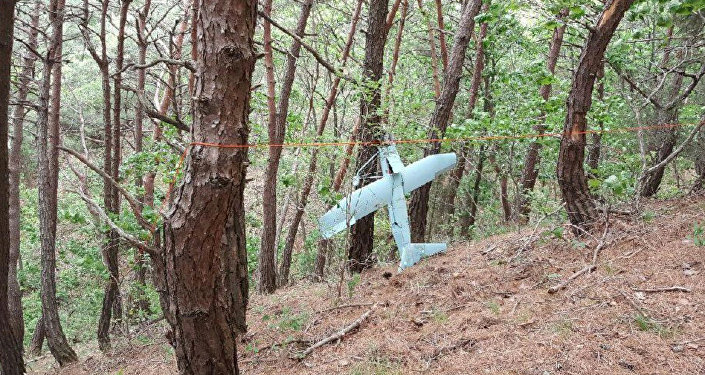 Residents may be justified in their suspicions, as cans of gasoline possibly meant to fuel THAAD generators were discovered in May on a truck that was supposed to be carrying food.

There also appeared to be an effort to speed up THAAD’s deployment ahead of South Korea’s recent presidential polls, as the election of liberal Moon Jae-in, who the US suspected may block the system, seemed likely. In late May, Moon accused the South Korean Defense Ministry, an agency he inherited from his conservative predecessor Park Geun-hye, of purposefully not informing the government or the public of four additional launchers being added to the battery, and ordered a probe into the matter.

"While police have not physically carried out the act of removing our facilities set up on the road, we feel great pressure from their deploying personnel around the area," one activist said. "It’s not like we are armed with guns or knives, nor are we stopping all vehicles from passing through, but they are calling it illegal."

South Koreans aren’t the only people who take issue with THAAD, as China has complained that the system’s installation will further inflame tensions in the region. Experts also say Beijing suspects THAAD’s radars could be used to spy on their military.

The US has maintained that the system’s sole purpose is protect South Korea from North Korean aggression.