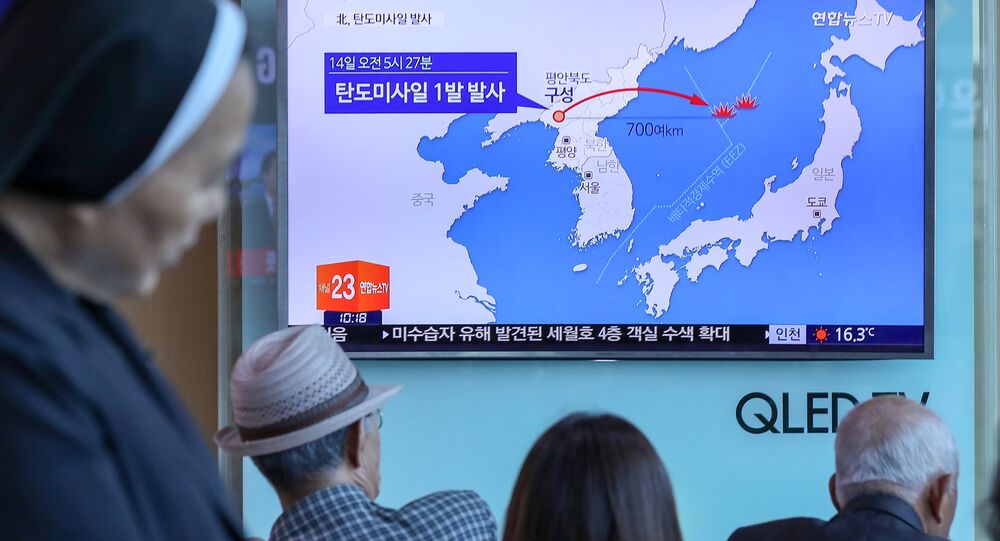 TOKYO (Sputnik) — North Korea’s new launch of what is suspected to be several short-range cruise missiles did not pose a threat to Japan, Foreign Minister Fumio Kishida told reporters.

"Nothing has been detected that could have immediately threatened Japan’s security," Kishida said, adding "such provocative actions are unacceptable."

The minister said Japan was coordinating its actions with the United States and South Korea, whose Joint Chiefs of Staff first reported the launch early on Thursday.

© REUTERS / Lucy Nicholson
US Missile Defense Chief: US Must Assume it Is in ‘Range’ of North Korean Nuke
The South Korean military said the projectiles, suspected to be land-to-ship missiles, were fired from an area near the eastern town of Wonsan. They travelled up to 125 miles before falling into the Sea of Japan outside of Japan’s exclusive economic zone.

The South's news agency Yonhap said President Moon Jae-in had been informed about the launch. The South Korean and US militaries are investigating the incident.

This would be the fourth missile test by the North in a month. Pyongyang has test-fired several ballistic missiles this year as part of its bid to develop a capacity to deliver a nuclear warhead to the US mainland. US Defense Secretary Jim said last weekend the regime's nuclear arms pursuit had picked up the pace in the past few months.

No Thanks! North Declines Another South Korean Medical Aid Shipment