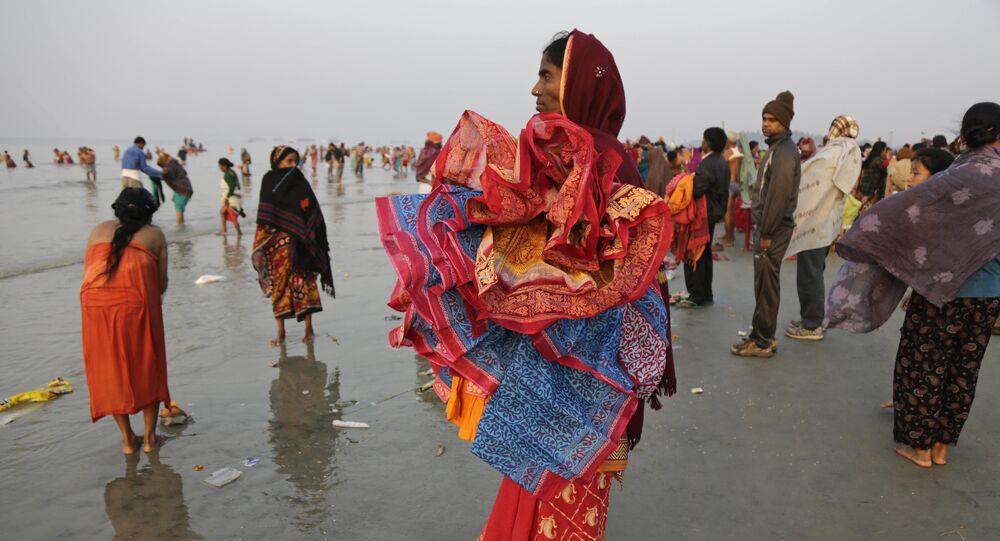 Indian forces deployed along the Bangladesh border are up against a new type of smugglers – one who smuggles saris (Clothing worn by Indian women) from India to Bangladesh.

© AP Photo / Rajesh Kumar Singh
Moo ID: Indian Cows to Get Unique Identification Number to Curb Smuggling
New Delhi (Sputnik) — India is known for its range of saris, which is not only popular among South Asian women but also Russian women who are said to be fascinated by colorful Indian saris.

The craze for Indian saris in the neighboring Bangladesh has led to a thriving illegal sari trade along the India-Bangladesh border in Meghalaya.

The Border Security Force (BSF) has been facing smuggling of cattle, drugs and counterfeit currency along the porous India-Bangladesh border for decades but the recent spurt in sari smuggling has become a nightmare for the security forces.

"The India-Bangladesh border is porous and smuggling of cattle and fake currency is rampant along the border. The smuggling of sari is not as threatening but the main problem is that when sari smugglers will start dumping drugs, fake currency and illegal arms in India, no one can predict. So there is an urgent need to stop all sorts of cross-border smuggling along the highly sensitive India-Bangladesh border," Prakash Singh, former Director General of Police, told Sputnik.